Woman charged in road rage fight on I-57 on South Side caught in viral video, state police say 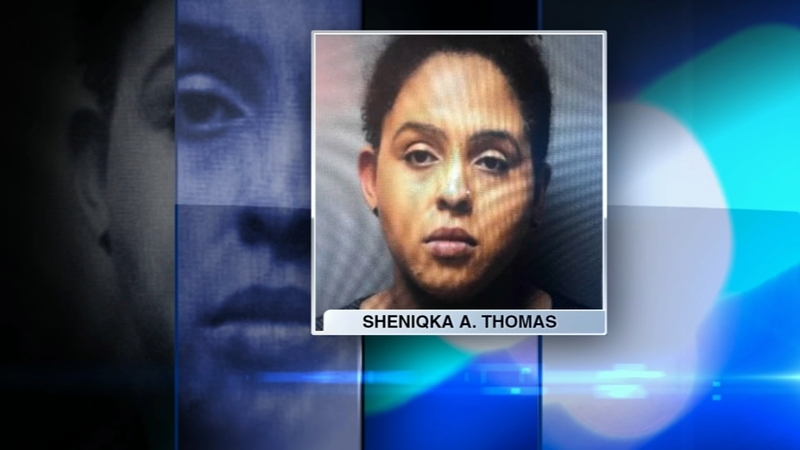 CHICAGO (WLS) -- A woman has been arrested and charged in a road rage incident on I-57 on Chicago's South Side, in which three women were caught on cell phone video fighting during rush hour.

Illinois State Police said 26-year-old Sheniqka A. Thomas of Matteson was taken into custody and charged with one misdemeanor count of criminal damage to property. She was also issued traffic citations for improper lane usage, failure to signal and improper parking on the roadway.

RAW VIDEO: Three women fought on I-57 on Chicago's South Side, and the motorist behind their cars caught it all on cell phone video.

Thomas posted bond and has been released, state police said. It is not known when she is due back in court.

Cell phone video of the incident quickly went viral. The fight happened at about 7:13 a.m. on September 26, in the northbound lanes of I-57 near Halsted Street.

The incident began with a woman in a black car cutting off a silver vehicle as she swings a baseball bat out of the window. Illinois state police said that woman is Thomas.

Video shows the driver get out of the car and smash the bat onto the hood of the silver Hyundai. That action triggers the passenger of the silver car, who witnesses said may have been that driver's daughter, to get out and engage with the woman.

The two women throw punches and pull each other's hair on the side of the highway as the driver behind them continues to record. The driver of the silver vehicle also gets out and witnesses said she appeared to be trying to grab the woman with the bat to protect her passenger.

Seconds later one woman picks up the bat and gets ready to swing, and the viral cell phone video ends.

State police said all three women were identified and interviewed in the course of the investigation.

According to the AAA Foundation for Traffic Safety, road rage is extremely common among American drivers. According to AAA, nearly 80 percent of drivers express anger and aggression while behind the wheel at least one time throughout the year.