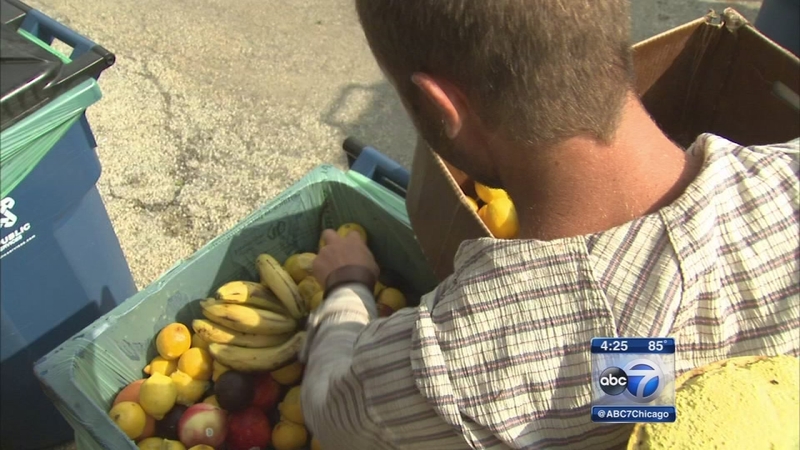 CHICAGO (WLS) -- Rob Greenfield of San Diego, Calif. is doing the impossible: he's biking across the country and he isn't paying a penny for food.

Greenfield calls himself an environmental activist, and that's an understatement.

"I'm riding across America inspiring people to live in a manner that's beneficial to the earth, their communities and themselves," Greenfield said.

He left San Diego on June 2 and he'll be in New York in September, preaching his message all the way.

He visits super markets and other businesses that dispose of unsold but still fresh food, collecting for the needy and for himself.

"Nothing but food I find in dumpsters. From the state of Wisconsin all the way to New York, I won't eat a single thing I don't find in a dumpster," he said.

In every city he gets volunteers with cars to transport the food, and then he puts it on display as part of his message.

"I'm trying to get grocery stores to donate billions of pounds of food per year to people who need it," he said. "I'm going to give this to people if I can, but actually I'm trying to do something much bigger than a couple of carloads to people."

The 27-year-old Wisconsin native says he has dined from at least 500 dumpsters and never gotten sick. But yes, a lot of people still think he's a little goofy.

"I think that a lot of Americans think I'm more than goofy, but it's not about me. It's about doing something that's beyond myself and creating a better country," he said.