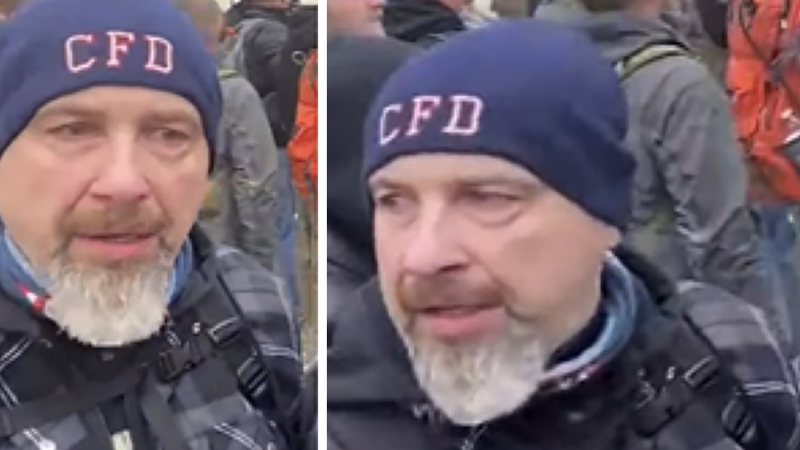 CHESTER, Pennsylvania -- A retired firefighter from Pennsylvania is accused of being the man seen on video throwing a fire extinguisher that hit three police officers at the Capitol during the riot in Washington, D.C. last week. 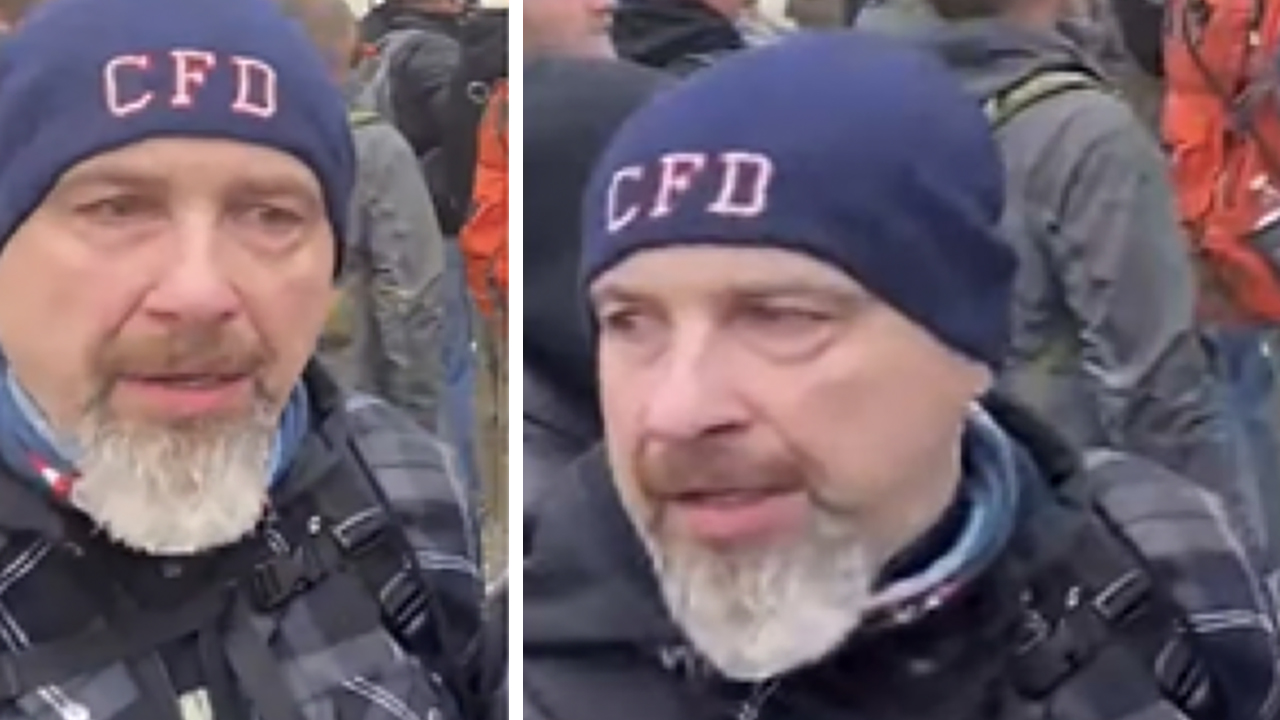 Pictured: The FBI says this is an image of Robert Sanford during the riots in Washington, D.C. on January 6, 2021.

According to the charging documents, the extinguisher bounced off the heads of three officers, two of whom wore helmets.

Sanford, 55, traveled by bus with other people to the Capitol, according to documents. He told a friend when he returned home that he had been on the grounds for 10 minutes before leaving but did not mention throwing anything at officers, authorities said.

Sanford was identified after a longtime friend of his contacted the FBI in Pennsylvania and said they recognized Sanford from photos put out by the FBI.

The fire extinguisher struck several police officers during the US Capitol riot.

The friend said Sanford "had gone to the White House and listened to President Donald J. Trump's speech and then had followed the President's instructions and gone to the Capitol."

Sanford appeared in a federal court in Pennsylvania for an initial appearance on Thursday afternoon. He was denied release and will remain in custody of the U.S. Marshals until he is transferred to Washington, D.C.

The defense argued Sanford was not a flight risk or a danger to the community, noting that he has no prior arrests, is married, and has three children.

The defense added that allegations that he traveled to D.C. to commit crimes are inaccurate and he is not part of any extremist groups.

Who are the Proud Boys? Trump's debate callout bolsters far-right group
Chester Mayor Thaddeus Kirkland said that while Sanford wore a hat with the fire department's logo, he is not a current employee of the city of Chester.

Sanford was a member of the Chester Fire Department from January 1994 until February 2020.

The assault on the video is separate from the ongoing investigation into the death of Capitol police officer Brian Sicknick, who was reportedly struck in the head with a fire extinguisher during the riot. 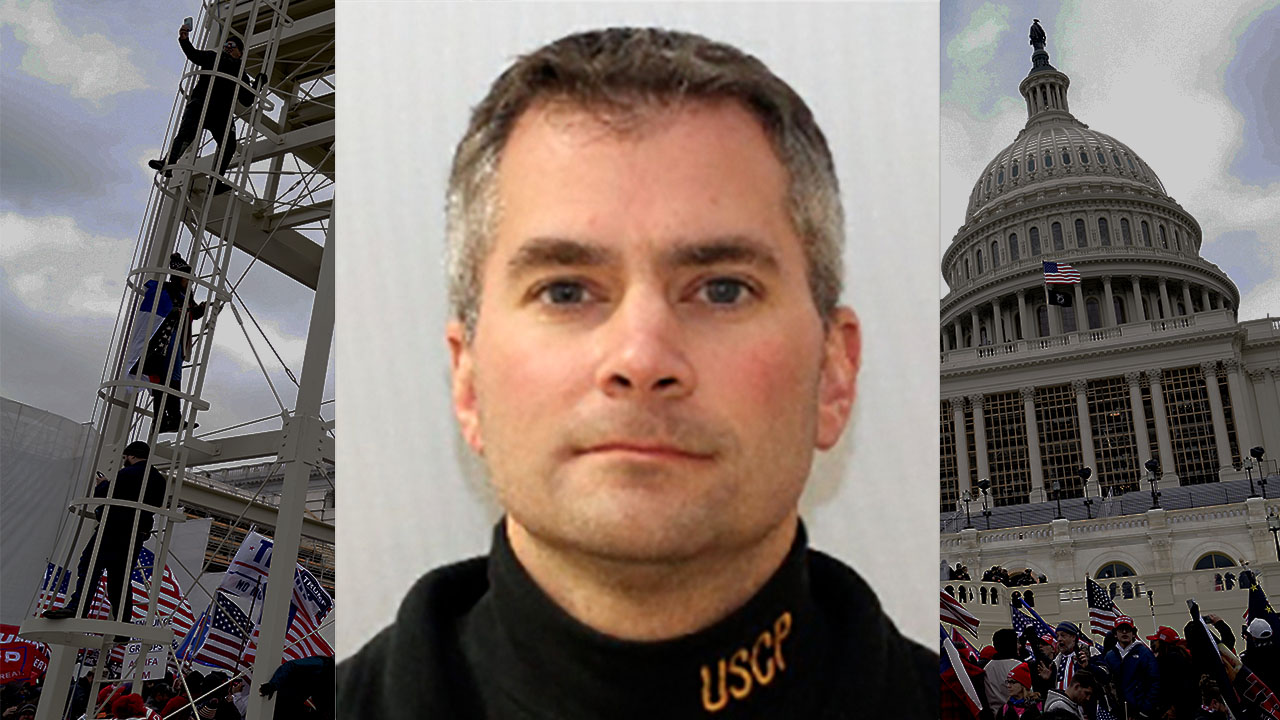