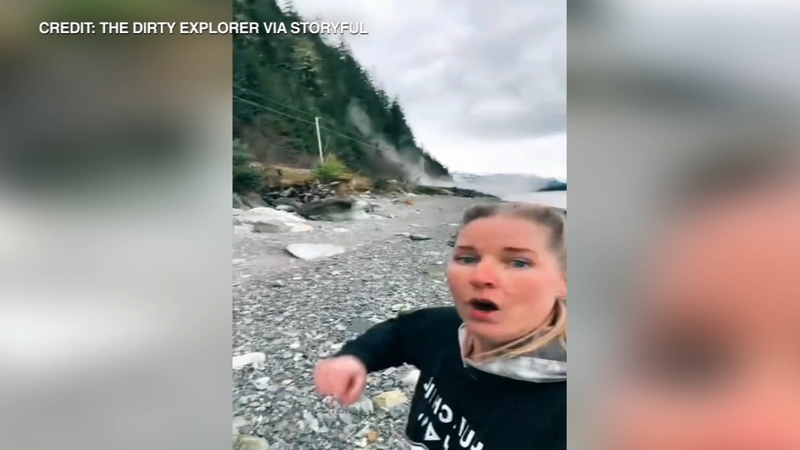 JUNEAU, Ala. -- A woman filmed herself escaping the path of a rockslide near Juneau, Alaska.

TikToker thedirtyexplorer was recorded footage from a beach along the Douglas Highway when the rockslide happened.

This video shows her interrupted mid sentence by a crashing noise. She immediately grabs her camera and runs for safety, waving her arms and shouting at highway traffic to stop.