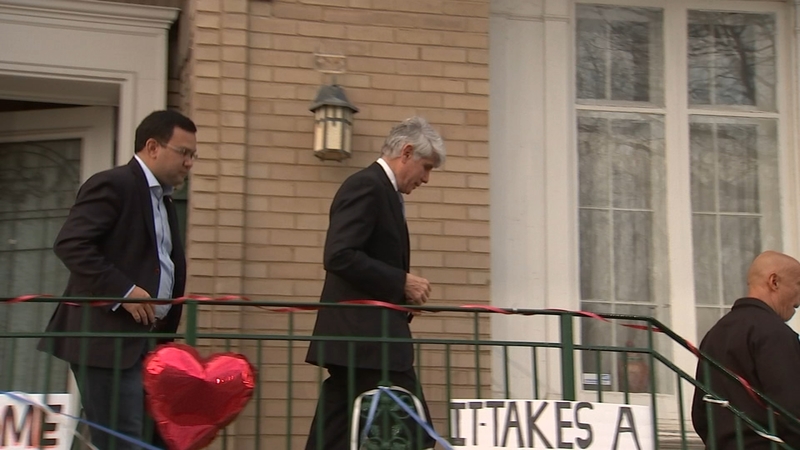 CHICAGO (WLS) -- Despite a presidential free pass, former Illinois governor Rod Blagojevich still has some legal hoops to jump through before he is fully clear of his corruption sentence.

President Trump's commutation of Blagojevich's 14 year prison sentence on Tuesday only unlocked the prison gate. While freedom may be the most important component of the order, a two-year period of court supervision imposed by Judge James Zagel remains intact. The "supervised release" as it is known means Illinois's 40th governor will have to engage with the system that he has sharply criticized as broken the past few days. If he violates probation, under the rules, he could be returned to prison.

From the moment Blagojevich left Englewood Correctional Center near Denver, Colorado on Tuesday, the clock start ticking on a requirement that he report to his probation officer.

Ex-cons, including Illinois' ex-governor, have 72 hours from release to check in with their assigned probation officer in the Northern District of Illinois. That means Blagojevich has until tomorrow afternoon. A representative of the former governor has not responded to I-Team messages concerning whether Blagojevich has already registered with his probation officer.

According to the rules of court supervision provided by the U.S. Sentencing Commission, he also has to abide by the "standard" conditions for any released prisoner-even though his release was engineered by the President of the United States.

-provide a DNA sample to authorities

-take a drug test within 15 days

-stay within the Northern District of Illinois, unless travel is permitted

-obtain a full-time job within 60 days

-Or do 20 hours community service

-not commit any additional local, state or federal crimes

After one year according to federal rules, Blagojevich could return to court to ask that his supervision period be terminated. In most cases, if a released prisoner has been well-behaved, courts end the probation. According to federal officials the guidelines "encourage...(courts) to exercise this authority in appropriate cases."