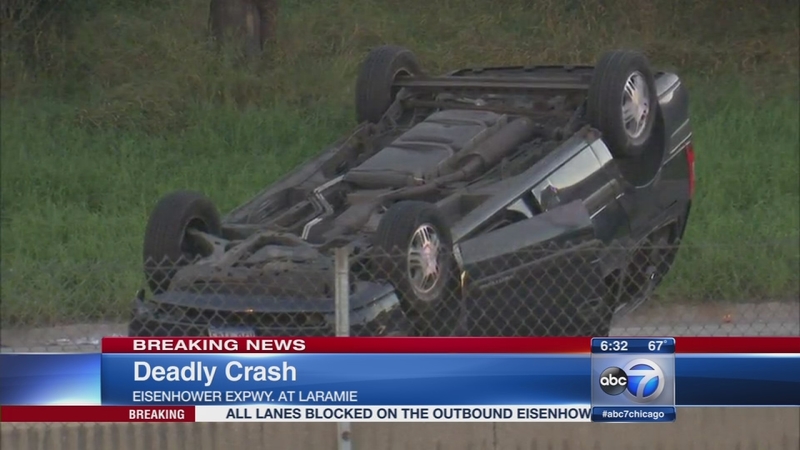 CHICAGO (WLS) -- One person was killed and five others were seriously injured in a rollover crash on the outbound Eisenhower Expressway at Laramie in Chicago.

The SUV rolled over around 4:30 a.m. Friday, Illinois State Police said. Six ambulances were called to the scene between Cicero and Laramie.

All lanes of outbound I-290 were shut down for about two hours, as was the Cicero entrance ramp to outbound I-290. The left lane reopened around 6:30 a.m. , but three lanes remain blocked to traffic.

The five injured adults were taken to local hospitals in serious to critical condition, according to the Chicago Fire Media.
Two were ejected from the vehicles, officials said.

5 serious to critial transports all adults exway will be closed for investigation use alternate (Langford) pic.twitter.com/2IYU5c4gOC

Officials have not released any further details about the victims, but a family member said they were carpooling home from work.

Chantay Williams lives nearby. When she heard the crash, she had a feeling it was serious.

"Oh my gosh. I heard this big bang and it was like, I could hear metal. I said, 'Oh my God, that's a serious accident," Williams said.