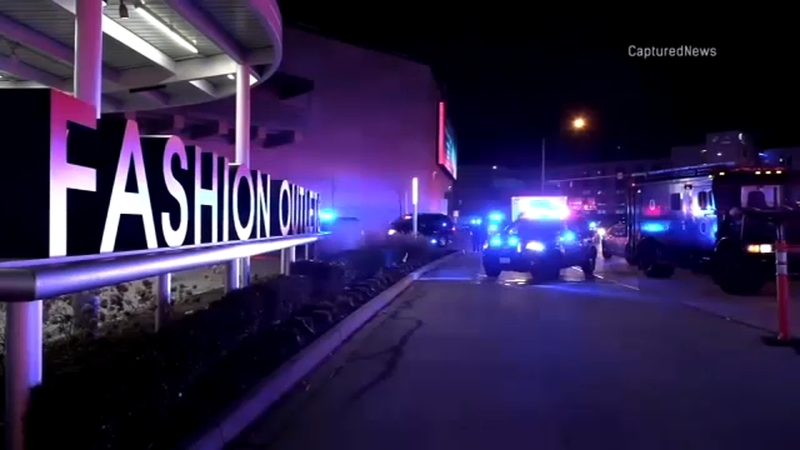 ROSEMONT, Ill. (WLS) -- Shoppers and employees returned to The Rosemont Fashion Outlets of Chicago Saturday, following a shooting that killed one person and injured at least one other on Friday evening.

Police said the shooting appears to be targeted between the gunman and Joel Valdes, 20, who was shot at the mall and died at the hospital. He was later identified by the Cook County Medical Examiner's Office.

The Rosemont Police Department located a person of interest in an outlet mall shooting that left a man shot and killed at Fashion Outlets of Chicago.

Rosemont police said the shooter got away in a maroon Honda with others inside. Police have located the owner of the car and are now questioning them as a person of interest.

A 15-year-old girl, discovered inside a bathroom near the food court, was also shot in the wrist, police said. Her condition has since stabilized.

The two shooting victims were rushed to local hospitals and were initially reported to be in critical condition.

"My immediate thought was, like, 'How do we get people to safety?' So, we just rushed everybody to the back and, kind of, waited it out.," said Jay, who returned to work at the mall Saturday.

Another woman who did not want to be identified said, "We ran until we reached this parking lot, literally, running down the ramp of the parking lot."

Others stayed hidden until police gave an all clear.

"We found this exit door and we saw other people running outside so we followed them because we're like, we're not going to get stuck in here, ya know," said Iman Mehmood.

"I can only hope and pray that he's in a better place, no matter what it is you guys believe in - just that he's at rest. For the one recovering, I hope it's a smooth, easy recovery. And, I hope that someone can answer for this," said Jay.

The offender is described as a man in his mid-twenties with a mask covering his face, police said.

The mall has been released back to management, police said. Extra law enforcement presence will be in and around the area when the mall opens back up, police said.

About 10 a.m. Saturday, seemingly confused and frustrated shoppers arrived to find the mall was not open. Later Saturday morning, some shoppers left exclaiming "We don't know what is going on!"

The mall reopened just after noon.