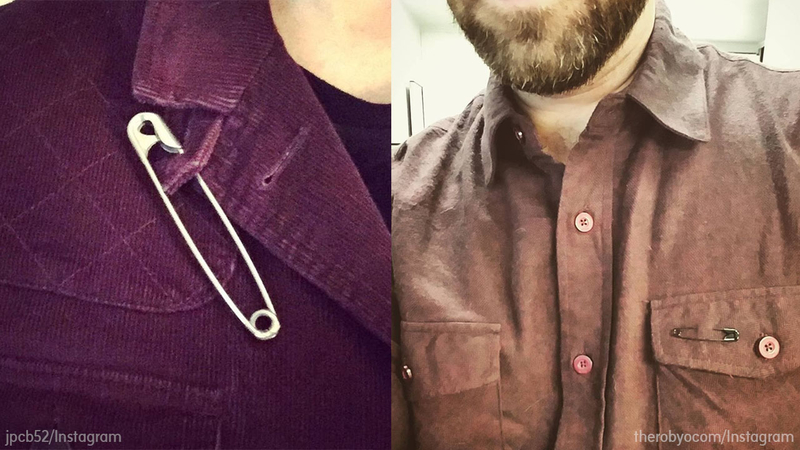 People have turned to safety pins as a sign of silent activism following the election of Donald Trump.

The "safety pin movement" calls for participants to wear the pins on their clothes as a symbol of solidarity with minorities who feel marginalized and unsafe following the 2016 election. The pins are meant to show that the wearer is a safe person to turn to in times of trouble.

Supporters have been sharing their selfies on social media with the hashtag #safetypin.

Over 200 incidents of hate-based intimidation and harassment have been reported since Election day, according to the Southern Poverty Law Center.

In an interview with CBS News' 60 Minutes, President-elect Donald Trump said he was "surprised" to hear about the attacks, calling for his supporters to "stop it."

"I am so saddened to hear that. And I say, stop it. If it - if it helps, I will say this, and I will say right to the cameras, stop it," said Trump.

The "safety pin movement" began in the United Kingdom following the Brexit vote. Similar hate crimes against minorities were reported following the country's vote to leave the European Union in June.

The movement has received criticism for being a substitute for action.

Johanna Dickson posted a selfie with a pin on her shirt on Instagram saying, "I was taught never to be a bystander to injustice."