Salvation Army Freedom Center offers hope, help to those in need on Chicago's West Side 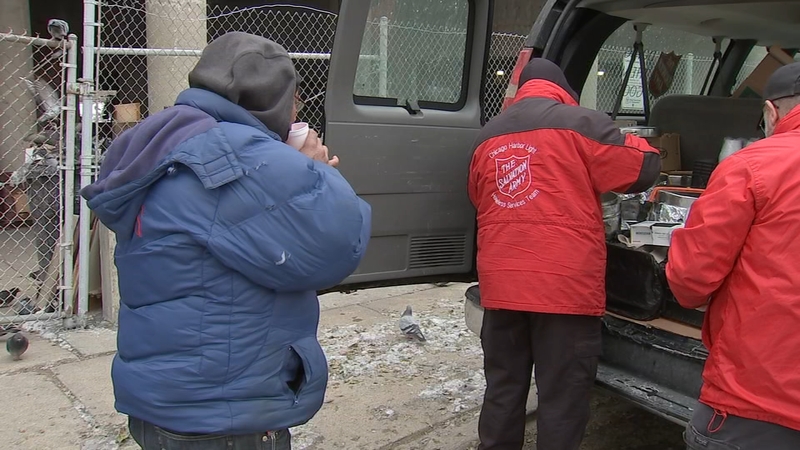 CHICAGO (WLS) -- There's a 20-acre campus in the heart of Chicago's West Side, where hope spawns healing in service to the down-and-out and the young.

"I have to tell you there is a little bit of selfish motivation in that, because when I talk to a drug dealer on the street and they accept a warm chocolate chip cookie from me and they let me pray for them that God would give them an option, I get a thrill," Powers said.

Kevin Hill was homeless and looking at the Freedom Center from the outside. Now, in about a month, he'll receive help to find a job and independence.

"I seen this building every so often. I knew it was here, but I didn't really know what was going on in here," Hill said.

The $65 million facility was built in 2015, and since then, it's been offering help to those in need.

"I am not going to come and smack you over the head and tell you, 'Jesus loves you, repent!' That is not what we are about," Powers said.

"Your best thinking landed you here so, you know, you need something that is greater than you to help you out," Hill said.

The Freedom Center's vans seek out the homeless under the Belmont and Kedzie viaduct.

"It is not very easy. It is very cold living out here," said Kelly Jones, who is homeless and lives under the viaduct. "I wouldn't be fed as much, I wouldn't have lots of blankets to keep me warm, and I would just feel a little bit more alone than, you know, like nobody knows we are here."

Warren Perry is a counselor for food service with Salvation Army Mobile Outreach.

"The reason why it works for me is I help people," he said. "I help people to get nourishment in their body because they don't know where the next meal is coming from."

Perry said he was homeless for five years, which gives him drive to do this kind of work for Chicago's homeless.

"When you pass somebody who is drooling and drunk and dirty, I see a person walking upright, going to work, and I have seen that happen so many, many times that you know it can't, it's just that you can't give up on them, we can't stop," Power said.

But it is the children especially that Major Nancy, as everyone calls her, seeks to save.

"This is not a nurturing neighborhood and if somebody, some place, does not have a program where these kids can come and discover who they are, discover what their talents are, succeed at something, then the life that they will have will probably be in jail," she said. "And I can't stand that idea."

She said her job is to give the kids an alternative to harsher lives on the streets or in gangs.

"I had a 6-year-old boy who is doing play therapy, and he was just playing with some blocks and he started building a building," Powers recalled. "And the play therapist asked him what he was doing. Six years old, he said to her, 'I am building a jail because that is where I will live.' Six years old and it is already imprinted on him that he is going to spend the rest of his life in jail."

Any child can come into the Freedom Center on any day and play, participate in a program and get a hot meal, all for free.

"Somebody here can ask me if I want to play with them, or they give me the ball, or they want to play, it makes me feel like I'm not alone no more," said Netrich Johnson, one of the kids who comes to the Freedom Center.

"I had always hoped to be an officer in a rural, very small town, because that's where I'm from, and I have been in Chicago ever since," Power said. "So I didn't get what I wanted, but let me tell you, I would not change where I have been for anything in the world. I absolutely love the ministry we have right here in the city of Chicago."