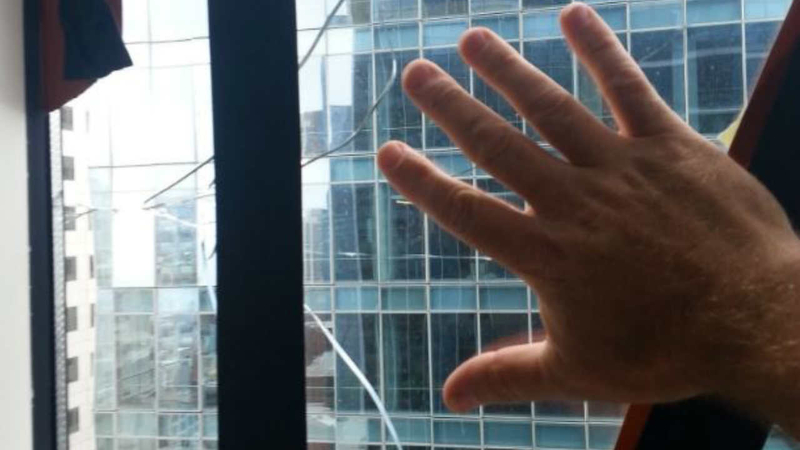 SAN FRANCISCO -- San Francisco's leaning, sinking Millennium Tower has a new problem after a window cracked on the 36th floor.

"This is a window system that's designed to sustain hurricane force winds so this is obviously of serious concern," said San Francisco Supervisor Aaron Peskin.

The city's Department of Building Inspection shared photos of the crack with ABC7 News.

Attorney for Millennium Tower Homeowner’s Association says seismic expert/structural engineer on site says crack is not related to building sinking or tilting. They won’t know the cause until window replaced within a week & side of building opened up to further investigate. pic.twitter.com/fVqtbsqqPp

Tom Miller, the attorney for the homeowner's association says the person who lives in 36B heard a loud pop during the middle of the night over the holiday weekend.

Miller says the outside pane of glass cracked.

"The problem on the exterior is that glass going to hold or is it going to be a falling object," said Miller.

The Department of Building Inspection tells ABC7 News an inspector has been to the site 3 times, including Wednesday afternoon. That inspector determined there is no imminent risk to pedestrians below, specifically because the glass is laminated and designed to hold in place even when fractured.

The city issued a correction notice letting building management know they have until Friday to issue a report including an evaluation of the repairs needed.

Miller says a new window has been ordered and will be installed within a week. During the replacement he says they'll open up the side of the building to investigate what caused the crack

The building's manager sent a notice to residents saying it's possible the incident is related to other issues in the building but Miller says a seismic expert and structural engineer disagrees.

"He informed us that it appeared not to be related to the performance of the building sinking or tilting," said Miller.

As for those problems, the Homeowner's Association President says they are considering alternatives to bring the building up to the highest standard.

"Now it's really a question of the legal process to find the responsible parties to pay for and implement the fix," said Steven Mayer, Homeowner's Association President.