The video quickly went viral earlier this week. Now it's turned into a he says, they say kind of story.

You've probably seen the video more than once. It shows student Bonnie "Bonita" Tindle confront fellow student Cory Goldstein about being white and having dreadlocks. At one point, she even grabbed his arm as he tried to walk away.

Since then, a few Facebook pages have been created for people to post remarks. But now some are adding to what happened prior to that exchange.

RELATED: Roommate of woman in viral dreadlocks video at SFSU speaks out

A witness, Maddy Marie, posted on Facebook that Goldstein supposedly made a derogatory remark using the B-word as Tindle tried to hand him a flier. She then followed him inside the student center.

Ashton Herrild said another student in his class witnessed the same event.

"He potentially verbally assaulted her prior to that and because the camera was turned on at the last moment I think that only part of the confrontation was recorded," he said.

RELATED: Video of confrontation over dreadlocks at SFSU prompts investigation

"Right before she handed me one she said, 'Oh sorry we don't want people with your hair here,'" he said. "I called her rude and I walked away because I don't need that in my life I don't need the negativity and I left that situation."

Goldstein filed a police report after the incident. He says he won't press charges against Tindle.

There is talk on the Internet that the entire thing may have been fabricated. Tindle considers herself a cinematographer and has done two documentaries on racial issues.

Police at SF State say they have no reason to believe it's a hoax and will continue with the investigation. 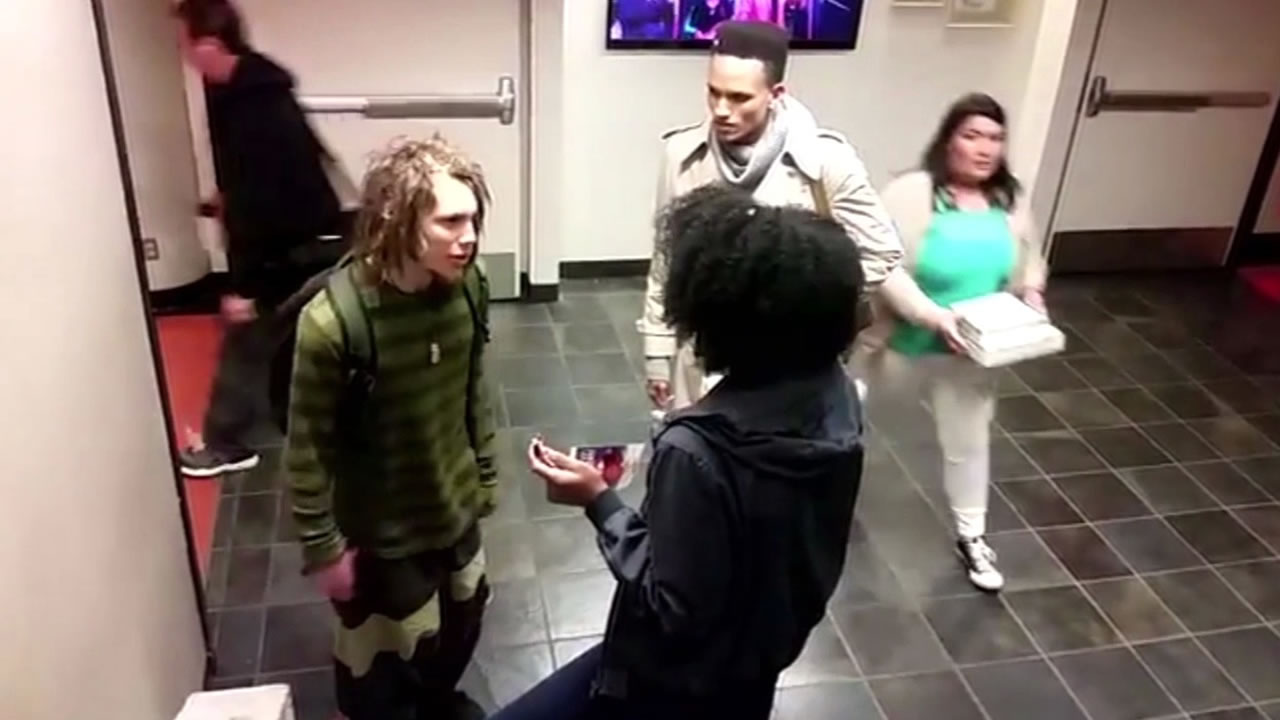