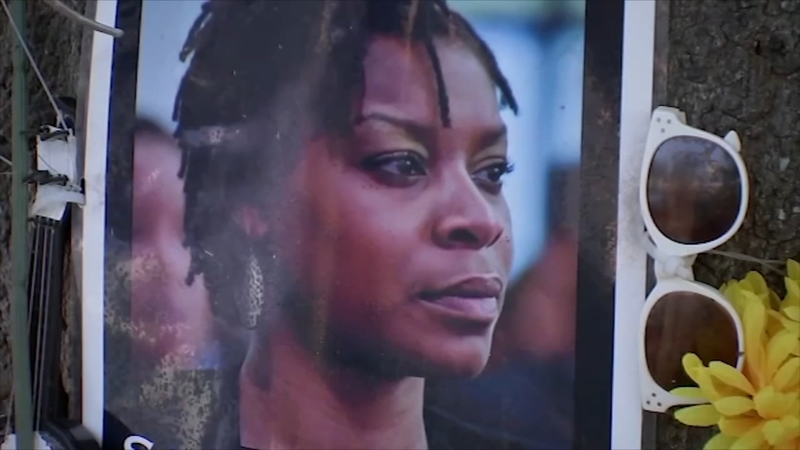 Sandra Bland is being remembered in Texas, where the Illinois woman died in police custody.

On Sunday, several hundred students marched for change in the wake of George Floyd's death and in memory of Bland, according to a KTRK report.

Bland's sister, Shante Needham, traveled to Texas to join a march to the jail where Bland was found hanging nearly 5 years ago.

Sandra Bland's family has a new truth and a renewed call for justice after newly-uncovered cell phone video emerged showing the arrest from her perspective.

"We need change desperately. And since this was the state my sister passed away in, we're gonna march to the jail in Waller County," Needham said.

RELATED: Parents of children killed by police seek to shift focus from destruction to change

Bland was arrested during a traffic stop by a DPS Trooper on the road that now bears her name. It escalated, she was pulled from the car and was in the Waller County Jail three days when she was found dead in her cell.

Her death was ruled a suicide.

The trooper was fired, and a perjury charge against him has been dropped.