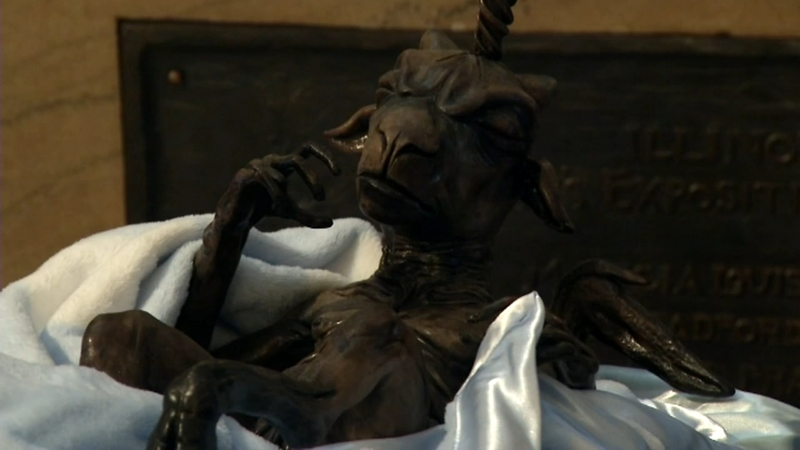 SPRINGFIELD, Ill. -- For the third year in a row, the Satanic Temple of Illinois set up a holiday display in the state Capitol rotunda in Springfield Tuesday.

"The Capitol welcomes a diverse range of religions every year to display holiday statues during the holiday season, so we wanted to join in on that," Satanic Temple of Illinois Minister Adam said.

About 20 temple members gathered in the rotunda.

Nearby, Catholic groups denounced the display.

Parishioners held signs saying "Satan has no rights" and "Mary crushes the serpent."