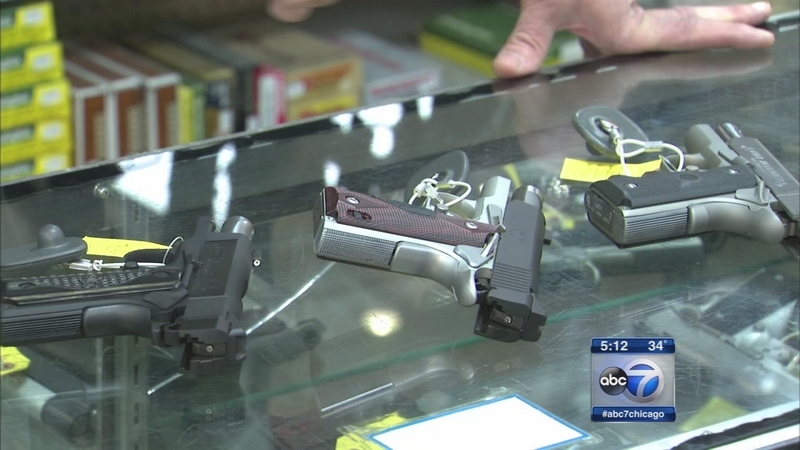 Schaumburg to vote on handgun sales

SCHAUMBURG, Ill. (WLS) -- A suburban sporting goods store could soon start selling handguns, as the Zoning Board of Appeals in Schaumburg will vote next week on whether Dick's Sporting Goods will be allowed to sell handguns.

That means that people in Schaumburg could soon head to a mall and pick up a handgun. Dick's is planning to open a field and stream department - and some aren't happy about it.

"I'm against it. With everything that's going on, I don't think we should be selling guns," said Dawnmarie Shefveland.

Schaumburg Village Manager Brian Townsend says Dick's has been selling shotguns and rifles "safely" since 1998. If they're given the go-ahead to sell handguns, he says there will be additional security measures in place.

Dicks Sporting Goods did not respond for comment. But with those measures in place, local gun owners say they'd definitely shop here.

"I think it's a great idea. It gives another venue for gun owners to buy," said Rolly Cruz, a gun owner.

But many are still nervous.

"It makes me feel uneasy because we're right across the street from the mall," said Meah Ohlsen. She says another venue to purchase a handgun is yet another opportunity for that gun to fall into the wrong hands.

The Schaumburg Village Board will vote on the gun sales Tuesday.

To purchase a handgun in Illinois you have to wait at least 72 hours to bring it home. You also have a Firearm Owner Identification card, which is issued by Illinois State Police.