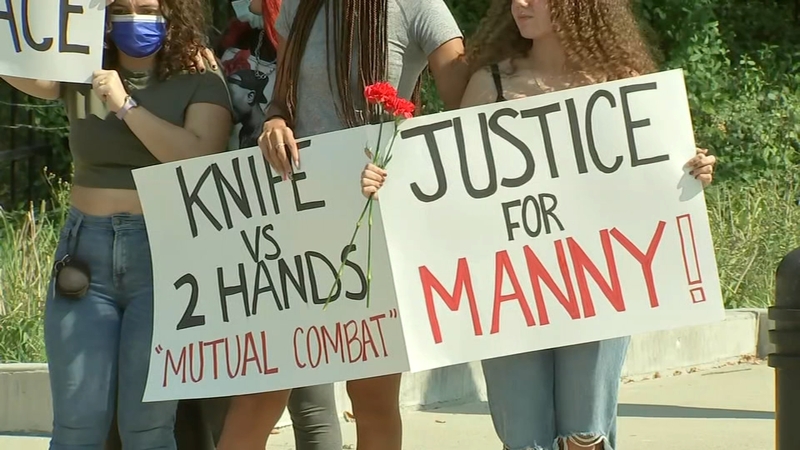 SCHAUMBURG, Ill. (WLS) -- A 17-year-old boy has been charged with first-degree murder in the fatal stabbing of another teen in Schaumburg earlier this year, Cook County officials said Tuesday.

Schaumburg police arrested the boy at 3:10 p.m. Monday and said he was involved in the stabbing death of Manuel Porties, 18, Sept. 28 in the 600-block of Sturnbridge Lane.

Porties was killed during a fight on a residential driveway.

The boy was taken into custody without incident and charged with first-degree murder Monday.

Felony charges were initially denied in the case due to "insufficient evidence at that time," Cook County officials said.

The suspect has a bond hearing Tuesday afternoon in Rolling Meadows.