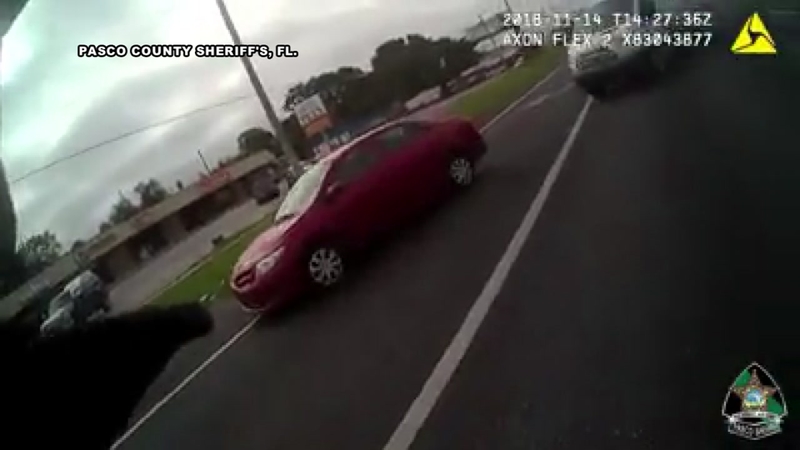 Drivers busted for blowing past bus

PASCO COUNTY, Florida -- Drivers near Tampa who blew past a stopped school bus as children were getting off got an unpleasant surprise from deputies.

Authorities waiting nearby cited them for breaking the law, and they were all caught on camera.

The Pasco Sheriff's Office captured them on dash cam. Deputies say they received reports of people ignoring the law around a bus stop on US 19, so they created an action plan.

"Park, park. Pull in," deputies told drivers. "You get the truck, I'll get the red and black car."

"Pull over. Park on the side of the road," one deputy says as he motions to each driver. "Don't move anywhere."

Deputies released the video to remind drivers to stop for stopped school buses.

The video comes at a time where there have been multiple incidents of children being hit and killed by drivers while they were waiting for the bus.

An Indiana woman has pleaded not guilty to charges that she hit and killed three siblings crossing a highway to board a school bus.