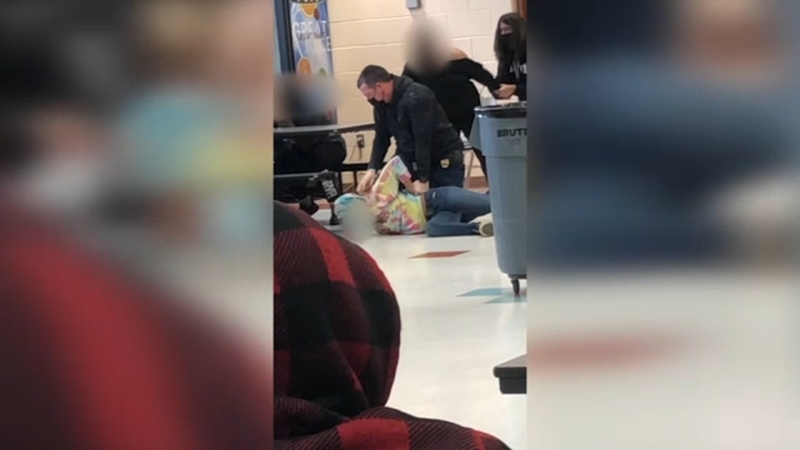 KENOSHA, Wis. (WLS) -- Kenosha, Wisconsin police and a school district are investigating after a lunchtime fight between middle school students.

During that fight, which happened one week ago, an off-duty Kenosha police officer who worked for the district part-time is accused of putting his knee on a 12-year-old girl's neck.

Video of the incident spread on social media. While it does not show the fight leading up to the incident, it does appear to show the officer putting his knee on the girl's neck while trying to stop the fight.

She then pushes the officer and he pins her to the ground.

The student's father told ABC News she suffered injuries to her head and neck.

In a statement, the school district said in part, "it is aware of an incident that happened between two students and the officer is currently on paid leave from the district."