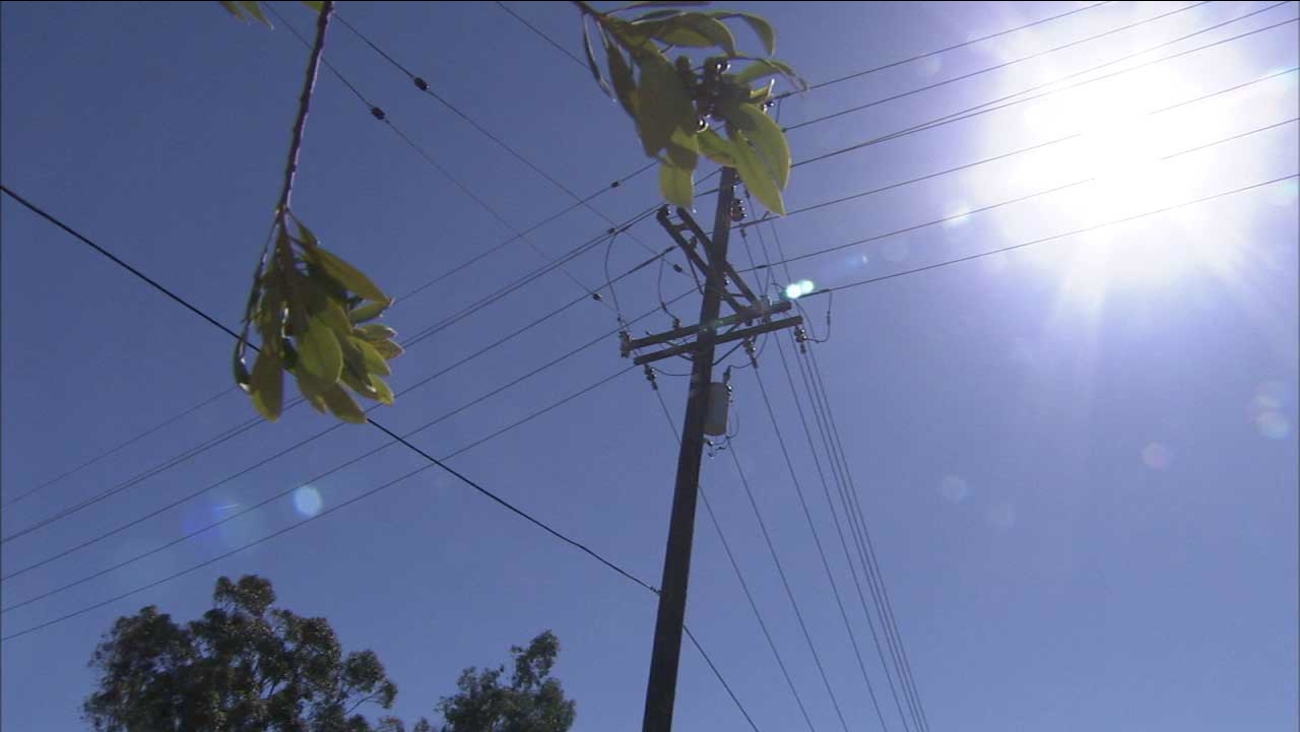 Power lines are seen on a hot day in Southern California.

By CNN
America's coal industry has already been left in the dust by natural gas. Now it's under immense pressure from the renewable energy boom, reported CNN.

The renewable energy sector had slightly more installed capacity than coal in April, according to a Federal Energy Regulatory Commission report.

That means US power plants can produce more energy from clean sources than coal for the first time in history, according to the SUN DAY Campaign, a nonprofit research group supporting sustainable energy. The breakthrough reflects the plunging cost of solar and wind as well as heightened environmental concern about coal.

"Coal has no technology path," said Jeff McDermott, managing partner at Greentech Capital Advisors, a boutique investment bank focused on clean energy. "It's got nowhere to go but extinction."

The clean energy revolution is on the verge of a tipping point.

Also in April, the renewable energy sector was projected to have generated more electricity than coal, according to a separate report published by the Institute for Energy Economics and Financial Analysis. That transition was partially driven by seasonal issues.

At the same time, America has drastically cut back on its appetite for coal. Since peaking in 2008, US coal consumption has plunged 39% to the lowest level in 40 years, according to the US Energy Information Administration.

The milestones come despite President Donald Trump's promise to prop up the coal industry by cutting environmental rules. Analysts say that's because the shift toward renewables is being driven more by economics than regulation.

"The government can tap on the brakes or accelerate this movement -- but this progress will continue moving forward," said Matthew Hoza, senior energy analyst at consulting firm BTU Analytics. "For the most part, the public is calling for renewables."

Coal was dethroned by natural gas as the king of the power industry in 2016. That move was caused in large part by the shale boom, which left the United States with an abundance of cheap natural gas to burn for power.

In April, the total available installed generating capacity of coal stood at 257.48 gigawatts, according to the FERC report.

Not surprisingly, the shift was driven by the rise of solar and wind.

While no new coal-fired power plants were added this year, the FERC report showed solar units increased by 102 units, or 1,473 megawatts. Wind also grew by 18 units, or 1,545 megawatts.

The FERC report measured capacity, not the actual amount of power generated. And renewable energy typically has a lower capacity utilization than other fuel sources. In other words, just because renewable power has the potential to generate this much electricity, doesn't mean that it actually will -- at least not yet.

Hoza noted the FERC report's findings have not yet been matched by the more closely watched numbers published by the EIA -- but he expects that to change soon.

Given these trends, McDermott, the Greentech Capital Partner, called the Trump administration's efforts to save coal a "ridiculous concept" akin to trying to save the rotary phone.

"The public doesn't want it. And the world can't take it," McDermott said. "The Trump administration is playing political favorites, trying to prop up an industry that is technologically obsolete."

Power companies are increasingly relenting to pressure from customers and states to adopt cleaner energy.

Con Edison, one of the largest investor-owned utilities, acquired solar and wind projects worth $2.1 billion last year. The company is now the second largest solar producer in North America.

Minneapolis-based Xcel Energy has gone from a coal-first power company to one aiming to deliver zero-carbon electricity by 2050.

Renewables are even starting to put pressure on natural gas, which is a cleaner-burning fossil fuel.

Wind and solar power generation scheduled to come online could displace up to 1.42 billion cubic feet per day of gas demand for electric power, according to a report published on Monday by energy analytics company Drillinginfo.