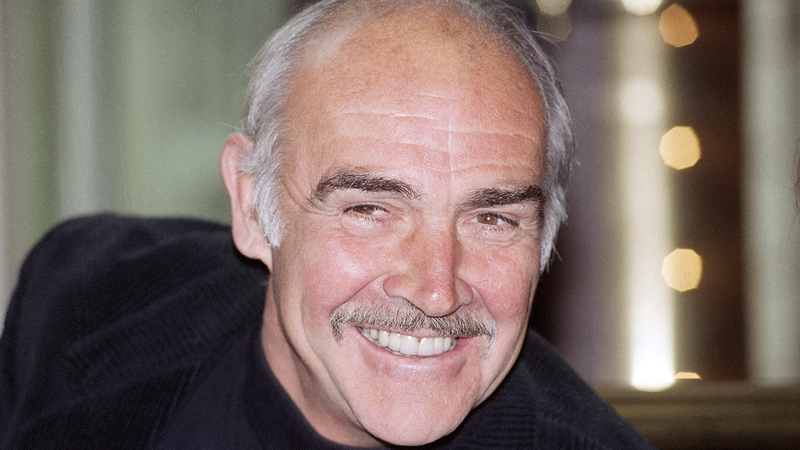 LONDON -- Sir Sean Connery, best known as the first actor to take on the iconic role of the fictional intelligence agent James Bond, has died. He was 90 years old.

He died peacefully in his sleep surrounded by wife Micheline and his two sons, Jason and Stephane, his publicist told the British Press Association.

Sir Sean Connery has died at the age of 90. He was the first actor to play James Bond on the big screen in Dr. No in 1962, From Russia With Love, Goldfinger, Thunderball, You Only Live Twice and Diamonds Are Forever followed. pic.twitter.com/VaFPHCM5Ou

"We are devastated by the news of the passing of Sir Sean Connery. He was and shall always be remembered as the original James Bond ... he revolutionised the world with his gritty and witty portrayal of the sexy and charismatic secret agent. He is undoubtedly largely responsible for the success of the film series and we shall be forever grateful to him," James Bond franchise producers Barbara Broccoli and Michael G. Wilson said in a statement.

WATCH: ABC13's Tom Abrahams interviewed three Houston actors who shared their thoughts on why Connery was an inspiration to so many in the industry
EMBED More News Videos

ABC13's Tom Abrahams interviewed three local actors who shared their thoughts on why Sean Connery was an inspiration to so many in the industry.

Thirty years into his film career, Connery won his first Oscar in 1988 for his portrayal of the steely Irish cop in "The Untouchables." "Patience is truly a virtue," he told the audience during a standing ovation.

He also had major roles in films including "Indiana Jones and the Last Crusade," "Highlander" and "The Hunt for Red October."

At the turn of the new millennium, the actor was named "Sexiest Man of the Century by New Woman magazine and the Web site Women.com. He was knighted by Queen Elizabeth II in 2000 for services to film drama.