Sears under scrutiny after customer complaints and product disputes 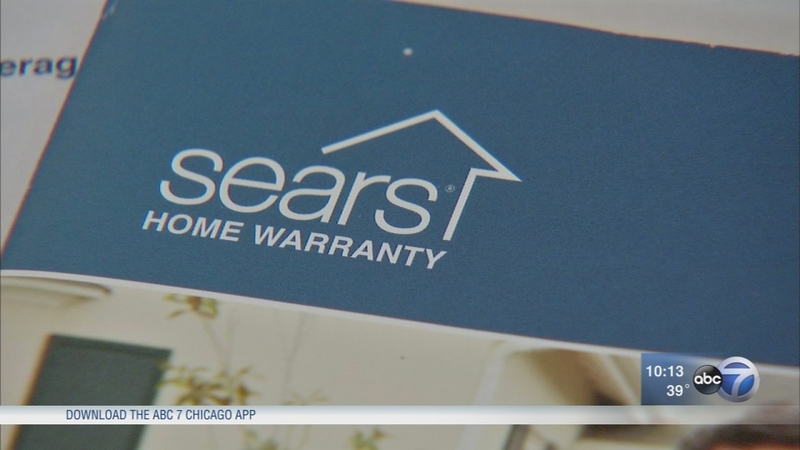 Sears under scrutiny after customer complaints and product disputes

CHICAGO (WLS) -- One of America's most trusted stores is under scrutiny after customers called the I-Team with disputes involving warranties and other consumer complaints on big-dollar appliances.

Some customers called the I-Team, others filed complaints with the Better Business Bureau saying they have been getting the runaround. The complaints involved problems with expensive items, and in one case the delivery of the wrong merchandise.

Sandra Killion, a resident of Chicago's Galewood neighborhood, said she's been battling Sears over a broken dishwasher for six months.

"All I got was this humming noise. It doesn't do anything," she said of what happens when she turns the knob.

The dishwasher and other appliances are covered under a Sears warranty.

"I pay $50 a month so if something is broken and they come and repair it, you pay a service fee," Killion said.

Killion said a technician figured out the timer on the dishwasher was broken.

"And now I'm still waiting for a timer," she said.

Killion said after months of delays she then demanded a replacement dishwasher.

The I-Team received additional complaints about Sears involving products people said should have been replaced, like a $1,000 mattress in Manteno. Donna Spangler said Sears delivered her the wrong mattress.

Jason Knowles: What's the problem with this one?

Donna Spangler: It's too hard.

She admits she waited too long to take the plastic off the mattress and use it. Sears said its "clearly stated policy" requires customers to notify them of problems within 72 hours of delivery.

"I tossed and turned," Spangler said.

In Oak Lawn, Will Wilbon said sears delivered a washing machine with a giant dent on the side. He wants a brand new one.

"They're not going to do it, they offered points and a gift card and I told them no," he said.

Sears said he, too, did not notify them of the problem within 72 hours of the deliver and said Wilbon had another company deliver a dryer, which could have been responsible for the damage to the washer. But Wilbon disputes that.

"A lot of complaints that were being addressed, not typical for Sears," said Steve Bernas of the Better Business Bureau Chicago and Northern Illinois.

The Chicago area BBB recently changed the Hoffman Estates-based company's A grade to a "NR" for "no rating" while it looked into a spike in unresolved complaints nationally.

"Around the end of December alarms on the computer went off," Bernas said. "Complaints needed a response; as of this morning they're down to 132 promised-to-address, all by March 1 of 2018."

The BBB said the complaints had nothing to do with the recent announcement that Sears is closing 100 Sears and Kmart stores nationwide.

Sears said they were resolving the open complaints, and blamed "an administrative issue that created a delay in reporting case status back to the BBB." They also said it never affected "our level of customer service. At Sears our top priority is satisfying our customers."

"They are taking it seriously and having weekly calls with us," Bernas said.

Days after the I-Team alerted Sears to the issues, all three of the customers in this story and two others who the I-Team spoke to off camera said Sears resolved all of the disputes. Sears confirmed it offered either replacement items or gift cards to everyone to everyone who called the I-Team but also said that some of the resolutions were one time exceptions or courtesies because customers did not follow the "clearly stated" policies.

Sears said, "Each year, Sears is trusted in more than six million homes with deliveries, installations and repairs, and has maintained an 'A' rating with the BBB for the past three years. In fact, BBB complaints regarding our business have declined by 12 percent since 2015."

"After this experience I would have second thoughts about getting a warranty plan of any kind," Killion said.

If you purchase a warranty for your appliances make sure you verify that the monthly cost over time is not more than what your appliances are worth. It may be cheaper to buy a new appliance when it breaks.

And even under a warranty, you may have to pay for a repair technician's visit.