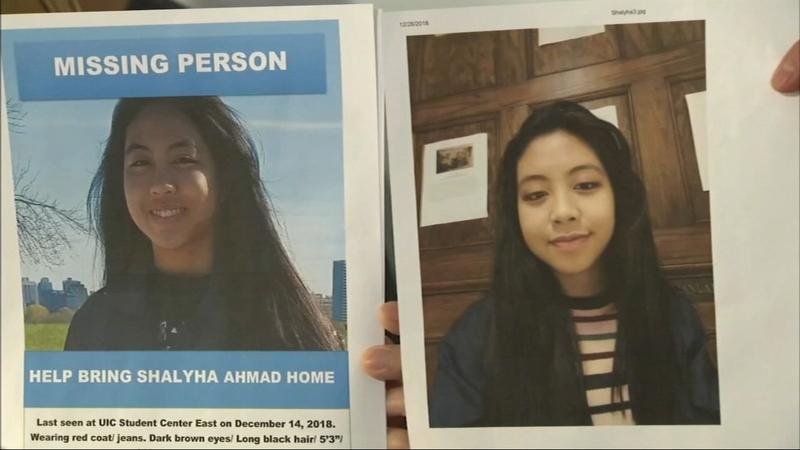 CHICAGO (WLS) -- A University of Illinois-Chicago student who was previously reported missing surfaced on Thursday and told police she was never missing, police said.

Shalyha Ahmad's family contacted Chicago police and several media outlets after they had not heard from her since Dec. 14. Ahmad's family said they had dropped her off at the CTA Jefferson Blue Line station that day and planned to pick her up on campus but she never showed up.

Despite her family's fears, police said Thursday that they didn't believe Ahmad was in any danger. Later in the day, she apparently stopped into a Chicago police station and told officers that she "was safe and never missing," according to a tweet from CPD spokesperson Anthony Guglielmi.

The missing UIC student featured in recent news reports stopped into a #ChicagoPolice district and indicated she was safe and never missing. CPDs missing person case will be closed. pic.twitter.com/jOlLaP3TUB