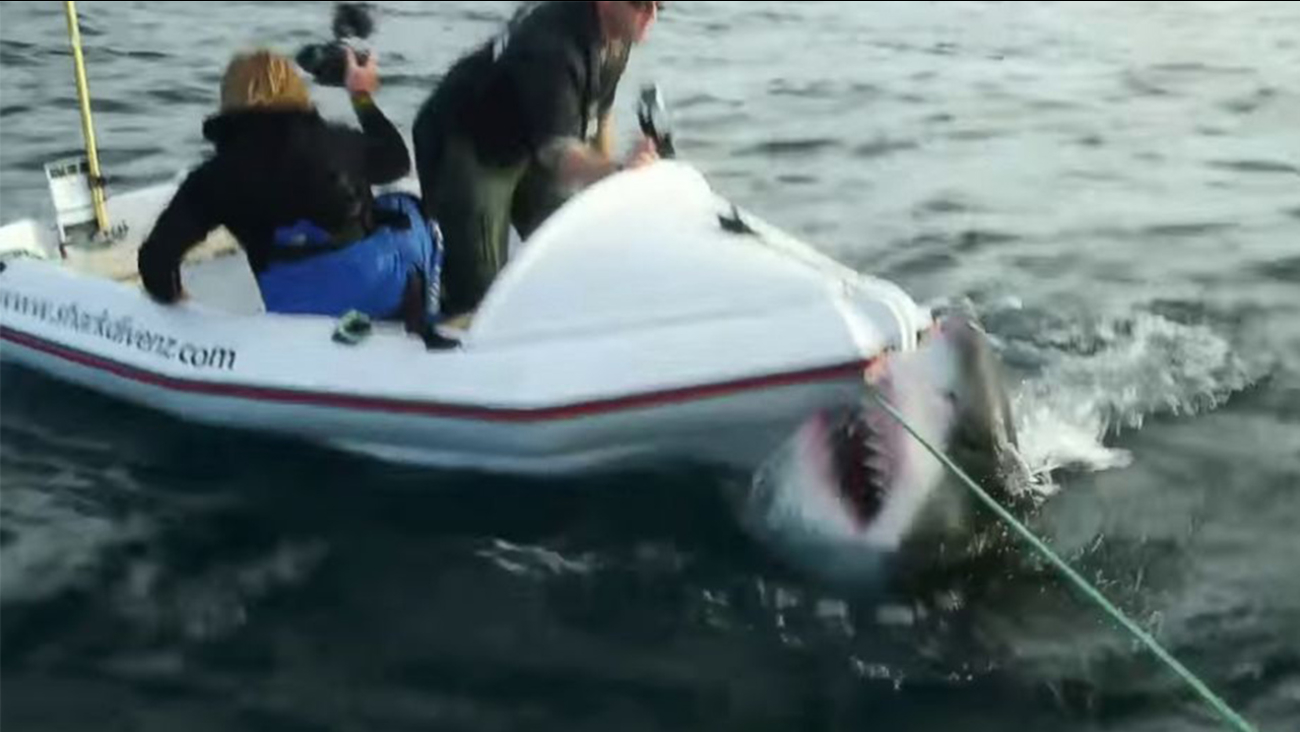 A great white shark attacked a dinghy occupied by two film crew members during filming for "Lair of the Megashark" in 2014. (Discovery/YouTube via ABC News)

Video footage of two film crew members being attacked by a great white shark is now being used by anti cage-diving activists to highlight their argument against interfering with the animals.

The two crew members were aboard a small inflatable raft connected to a larger boat, trying to attach a camera to a great white to find their feeding grounds. Suddenly, one of sharks lunged at the crew, and tried to bite off the rope connecting the two boats.

According to ABC News, shark activist groups in New Zealand are using the video -- which aired as part of the Discovery Channel documentary Lair of the Megashark -- to argue that humans frequently interacting with the dangerous creatures are making sharks comfortable around boats and humans.

Fisherman Richard Squires told the New Zealand Herald that he was attacked by sharks recently, and believes the sharks are getting more comfortable around boats because of cage diving.

"We've been attacked twice," Squires said. "A shark came up and bit a buoy on the stern of the vessel, it came charging out of the water with its mouth open."

"We are calling on the government to put a moratorium on this and actually do a comprehensive study on what the impact [of cage diving] is," Mitchell said. "When you start bringing the sharks in close to your boat for the thrill-seekers, like any animal, their behavior becomes modified."

The shark attack incident occurred over a year ago, with Discovery Channel featuring the footage as part of the Lair of the Megashark documentary last August.