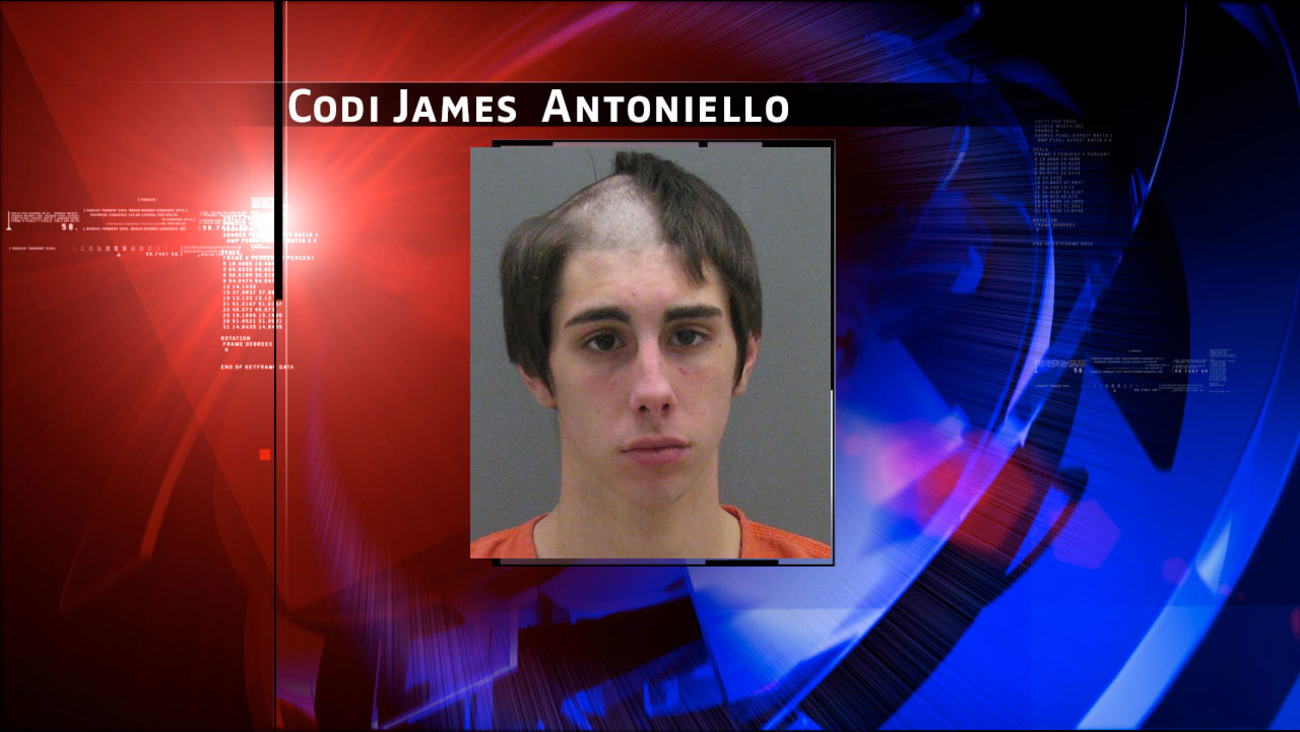 HOLLAND TOWNSHIP, MI -- An attack over a girl in Michigan led to an assault and an unusual mug shot, investigators say.

The incident happened in Holland Township, Michigan, in the early morning hours of December 17. WOOD-TV reports that Codi James Antoniello, 19, and another teen were arguing on Facebook with the 21-year-old victim.

The argument was reportedly over the ex-girlfriend of the victim, who was now dating one of the suspects.

Police say Antoniello and the younger teen went to the victim's home and assaulted him, using a baseball bat and pickaxe. After the attack, investigators says Antoniello tried to change his appearance by shaving his head, but didn't finish before being arrested.

Antoniello is charged with first-degree home invasion and felonious assault and is being held on $25,000 bond. The younger teen is reportedly being held in juvenile detention.