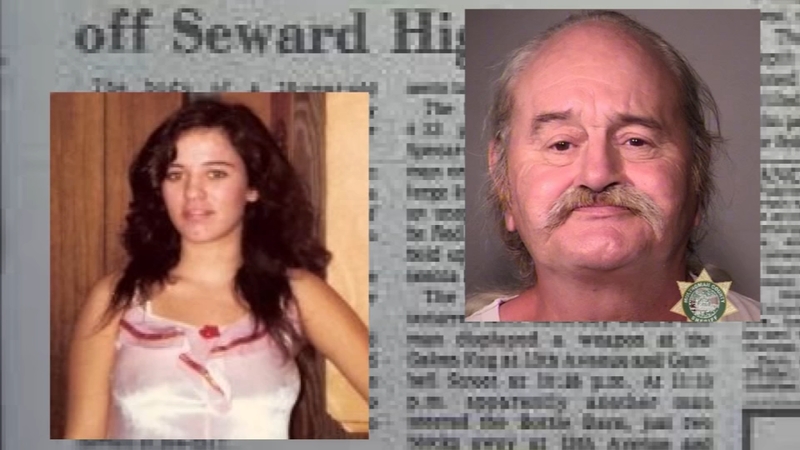 ACHORAGE, Alaska -- New DNA testing has linked an Oregon man to the murder of a 16-year-old that took place in 1978.

Shelley Connolly would have been 58-years-old this year.

She planned to go to beauty school and become a hairdresser, but in January of 1978, the 16-year-old was found dead by the Alaska railroad tracks near Beluga Point.

"Donald McQuade was taken into custody in Grisham, Oregon, and charged with murder in the first degree and murder in the second degree for the death of Shelley," said Alaska State Trooper Col. Barry Wilson.

Shelley's mother, Judy, said that she felt many emotions when she was told that her daughter's killer was finally found.

"Happiness that they found him. Sad too. 41 years, so this was totally unexpected," Judy said.

Throughout the years several investigations into the case were conducted, but no conclusive evidence was ever found that linked a suspect to the murder.

That is until early 2019, when DNA evidence from databases that pointed to three brothers. Officials were then able to narrow their list down to McQuade, who was currently living in Oregon.

"The loss of Shelley was felt throughout the halls of this department and never did the work cease in finding who hurt Shelley," said Amanda Price with the Department of Public Safety.