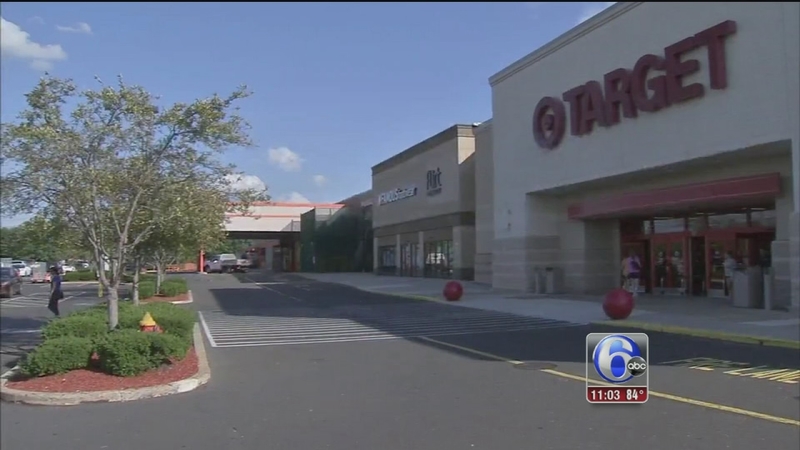 BENSALEM, Pa. -- An aunt and grandmother are facing child endangerment charges after they allegedly left a 1-year-old girl in a hot car in Bensalem, Pa.

Katia Hernandez and Patricia Diaz of Bensalem, the child's aunt and grandmother, respectively, were babysitting the child for her mother when they decided to go shopping, police said.

"You can't forget your dog or cat in the car. How do you forget your child?" said Director of Public Safety Fred Harran.

It happened in the Target parking lot near Neshaminy Mall just after 4 p.m. Sunday.

A passerby noticed the child and called for help.

"I don't know how someone forgets that you leave a 1-year-old in the car on one of the most blistering days of the year. They went in shopping and they were going about their business.

"Luckily there was an off-duty Philadelphia police officer that witnessed this as well. He was able to get the car door open with some sort of lock-out tool. Bensalem police arrived and the officer was tending to the child," said Harran.

Bensalem police said the 1-year-old girl was stuck inside the car for 14 minutes.

When the child was rescued, it was 115 degrees, police say, but she will be OK.

Her aunt and grandmother who were shopping told police they simply forgot her.

"She should be reprimanded. It's just totally unacceptable," said Greg Newman of Bensalem.

"I flat out don't understand how it's done. You get out of a car and you check for wallet or you check for your purse. How do you not check for a baby?" said Vince Mullins of Bristol.

Hernandez and Diaz, both of Bensalem, spent hours at police headquarters being booked.

As the child's grandfather waited, he said he believes his daughter and ex-wife made a terrible mistake.

One that could have cost him his granddaughter.

"If this Philadelphia officer wasn't there today and the other folks, there's no doubt this baby would not have made her 1-year-old birthday," said Harran.

The mother was called to the scene and took the child to the hospital as a precaution.