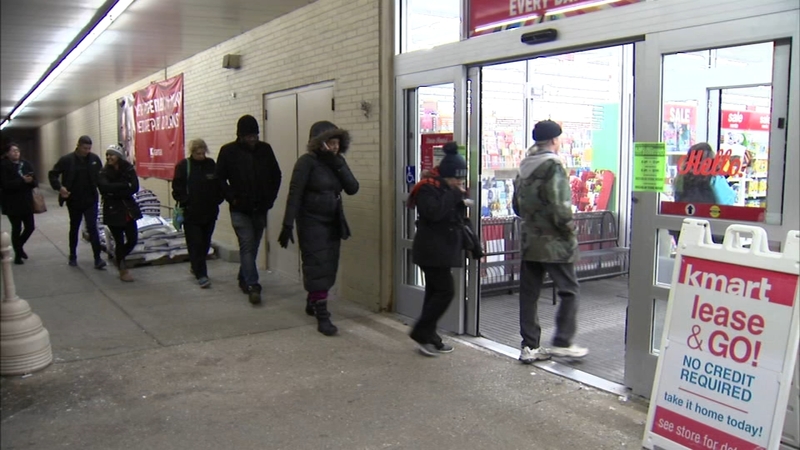 CHICAGO (WLS) -- While many are falling asleep after their Thanksgiving dinners, many other Chicagoans are on the move to get an early start on Black Friday.

Some Kohl's shoppers had their holiday dinners early in order to grab a good spot in line for a deal. Brian Mendoza got in line at 11 a.m. Thursday in hopes of snagging an Xbox.

At a K-Mart in Bridgeview, shoppers were ready for a 6 a.m. opening. K-Mart was one of the few stores open on Thanksgiving Day.

"We did everything two days ahead so we could be here today," said shopper Kathy Macon.

"This is our seventh year, which is completion that we come out after Thanksgiving," said shopper Cardell Macon.

Carmen and Christopher Irizarry said they spent part of their holiday at the Kohl's location in Bucktown to make sure their kids got the gifts on their wish lists without breaking the bank.

"Last year I got a TV. Last golden ticket and then this year, I saw this on the shelf and I got lucky to get it...I get to get what they want on their Santa's list because they're pretty expensive," said Carmen Irizarry.

The Irizarrys said the holiday shopping is worth it thanks to department store incentives.

"We look through the papers, we line up who we can buy things for and that gives you those incentives," Christopher Irizarry said. "We made like like $130 in Kohl's cash, so my wife will get a little extra something later on."

Experts have predicted retailers will see another record-breaking year in sales.