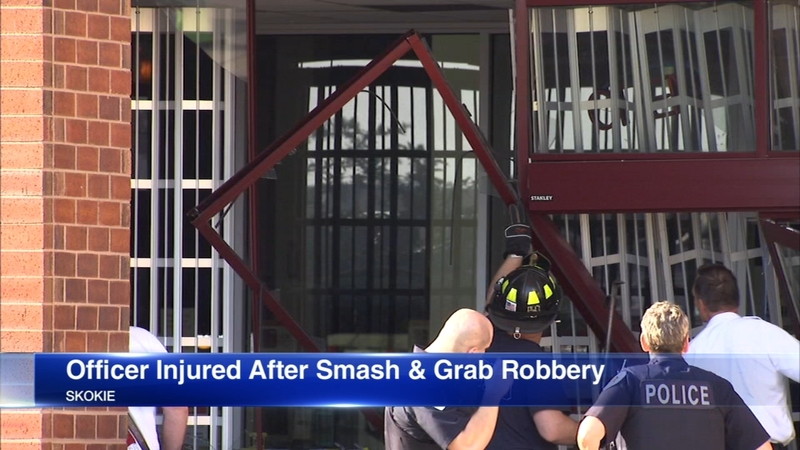 CHICAGO (WLS) -- Thieves drove a car through the window of a Best Buy in Skokie in a burglary early Wednesday.

Skokie Police arrived on the scene in the Village Crossing Shopping Center in the 5400 block of Touhy Avenue at about 3 a.m. and found a car crashed through the front window of the store. Officers saw two other vehicles, a white Buick Enclave SUV and a dark gray Volkswagen fleeing the shopping center eastbound.

Police said the Buick ran a red light at Niles Center Road and struck a police car. After the crash, the driver of the Buick jumped into the Volkswagen, which fled southbound on the Edens Expressway.

All three cars involved in the burglary were reported stolen out of Chicago, police said.