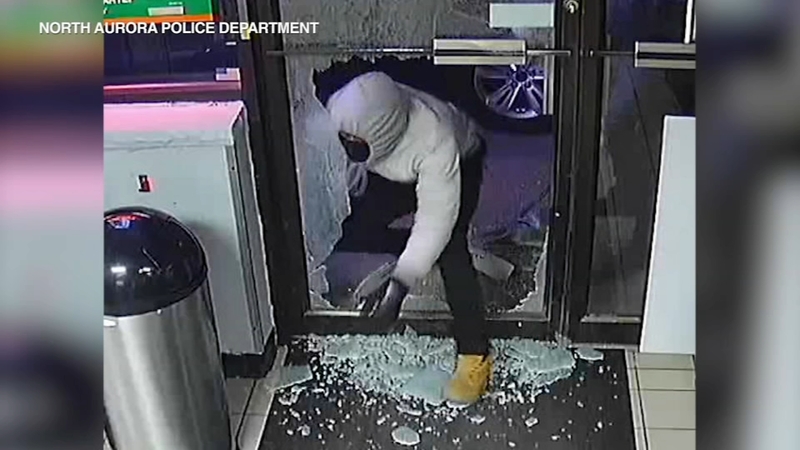 Police said they responded to a burglary alarm at a Citgo gas station at 13 N. River Rd. at 1:53 a.m. and while they were en-route, they received another burglary alarm from Jay's Wine and Liquors at 188 Butterfield Rd.

Police said at about 1:49 a.m., a blue Kia Sportage arrived at the Jay's Wine & Liquors. One suspect attempted to smash open the door with a tool and then another broke the glass after kicking it.

The suspects attempted to take the ATM, which was bolted to the floor, but were unsuccessful. They grabbed a cash register drawer and then drove to the Citgo.

At the Citgo, police found smashed glass in the front door with an ATM and cash register drawer missing. Video showed a blue Kia Sportage arrived at 1:51 a.m., with one suspect smashing the glass door, possibly with a crow bar, and then the other suspects grabbed the ATM and a cash register drawer.

Police are searching for five suspects in the robberies. The Kia Sportage was reported stolen out of Wisconsin.