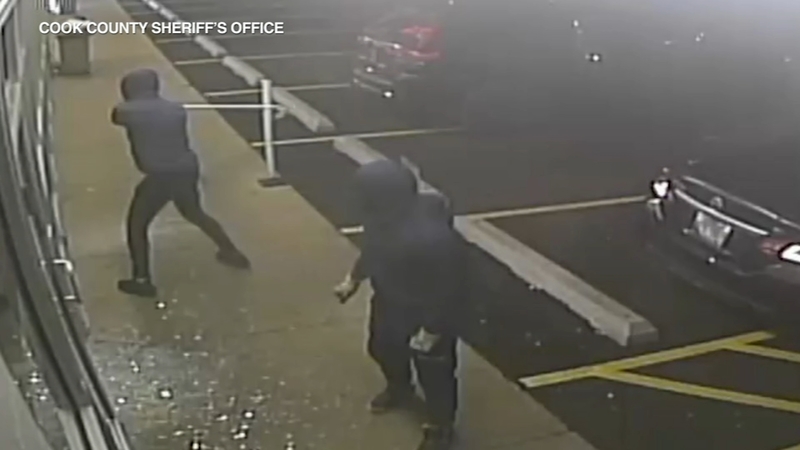 The incidents occurred within 25 minutes of each other and it's likely that the same offenders committed all three crimes, police said. In the two successful burglaries, security footage showed a person smashing each business' glass front door before entering with other individuals. They tried and failed to remove the ATMs inside and instead took cash boxes and drawers along with lighters, cigarettes and alcohol before fleeing the scene.

The first burglary happened at a gas station in the 600 block of Greenwood Road around 4:20 a.m., setting off an alarm and prompting police to respond. While responding to that call, police received another alarm call at a nearby business in the 900 block of Greenwood Road, where the second burglary took place. Then, at approximately 4:45 a.m., police received a third alarm call in the 9700 block of Potter Road, where they found the front glass door broken. Security footage showed two people using pry bars to break the entry door glass and a window. They did not go inside and left the scene.