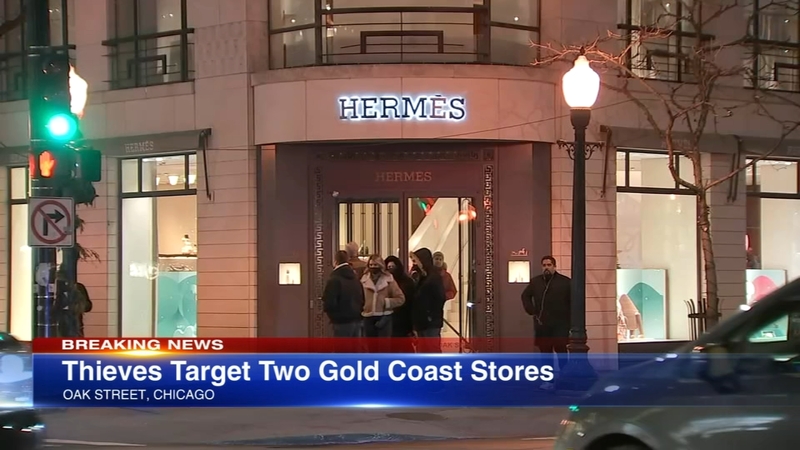 CHICAGO (WLS) -- Two stores in Gold Coast were targeted by thieves Wednesday afternoon; in one incident, a security guard was maced, police said.

Police said shortly after 5 p.m., two men entered a store in the 0-100 block of East Oak Street and stole a bunch of merchandise. They then fled in an unknown direction.

Just 10 minutes later, at 5:15 p.m., police said a man went into the Hermes store on the same block, approached the security guard and sprayed him with what appeared to be mace. He then stole a bunch of merchandise and fled.

The security guard refused treatment at the scene, police said.