After alleged rapist confesses on Facebook to 2013 attack, victim says she had to pursue justice 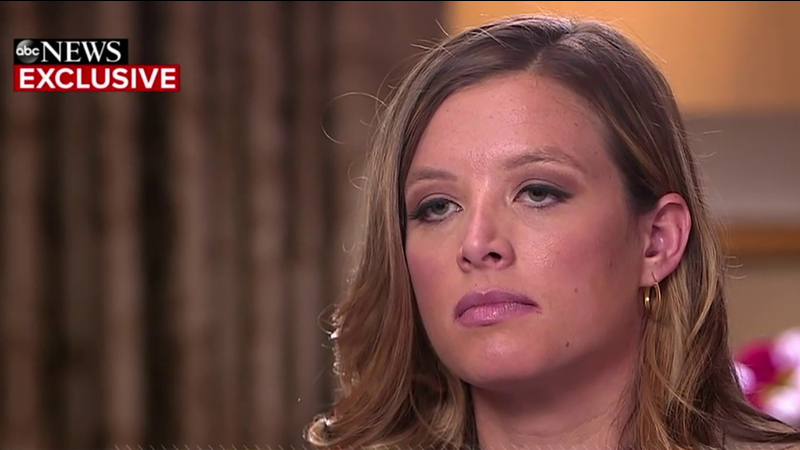 MOORESTOWN, N.J. -- Nearly eight years after she says she was assaulted, Shannon Keeler says multiple disturbing Facebook messages from her alleged rapist have prompted her to fight for justice and push law enforcement to reopen her closed case.

Keller was on a relaxing vacation with her boyfriend last year when she decided to check her Facebook messages for the first time in years. One of the messages stood out to her. She says it was from her alleged rapist, and he was admitting to the attack.

Keller says the message read: "So, I raped you. I'll never do it to anyone ever again."

"It was a sense of validation," Keeler told ABC News' Erielle Reshef in an interview airing Thursday on "Good Morning America." "I knew immediately that it's not every day that someone gets a confession from the person that raped them, and that no matter what, I had to pursue it again."

Keeler says that she never realized that her alleged rapist had messaged her since they were not Facebook friends.

Keeler was a freshman at Gettysburg College in Pennsylvania at the time of the alleged assault. 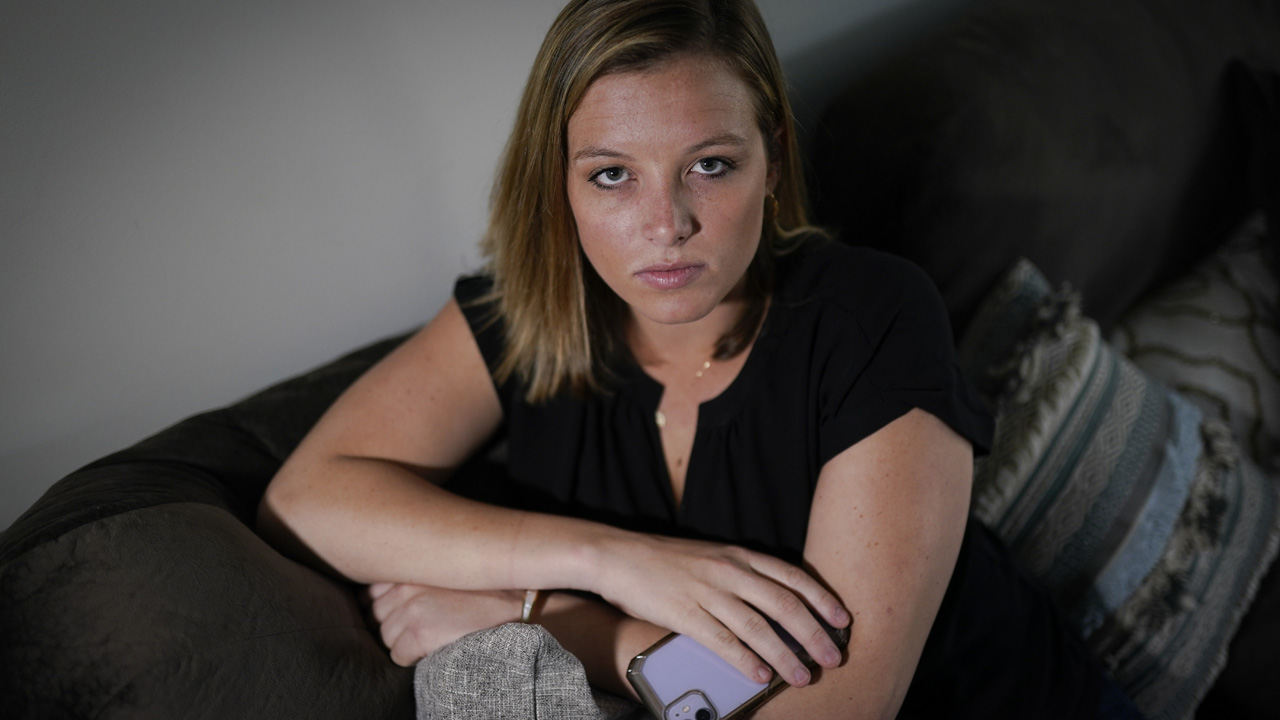 Shannon Keeler poses for a portrait in the United States on Wednesday, April 7, 2021.

On the night of the attack, she says she decided to go to a fraternity party with her friends to celebrate the end of the semester. A student, who did not belong to the fraternity, started bothering her, she says. He insisted on trying to dance with Keeler. At one point, he pushed her up against the wall and tried to kiss her, she recalls.

Keeler said she felt so uncomfortable, she asked a male friend to walk her back to her dorm room. The student then confronted them, offering $20 to her friend.

"He said to my friend, 'Let me have her. Please, let me have her,'" Keller told ABC News. "My friend pretty much told him, 'I'm just trying to get her away from you.'"

As she was getting ready to go to bed back at her dorm, she says she heard a knock on the door. Thinking it was a friend, she says she opened the door and found the student from the party instead. She says he wouldn't leave and then assaulted her.

"He did force himself on me and raped me," said Keeler. "After he did that, he started crying."

"And then he sprinted out there," she recalled.

The next day, Keeler's friends and mentors encouraged her to go to campus police. She endured hours of questioning and an invasive rape kit, she says.

"Getting that done gave me a sense of false hope," said Keller. "I just feel like I was given throughout this whole process ... false hope by the institutions around me that would help me."

ABC News is not identifying Keeler's alleged attacker since he has not been charged of any crimes.

After Keeler made her report, the alleged attacker denied any misconduct. The next semester he dropped out of Gettysburg College, which led the school to end its Title IX investigation.

"We are deeply disturbed to read these accounts and to learn more about the continued struggles one of our former students has faced," Gettysburg College told ABC News in a statement this week.

"Pursuing these cases criminally remains an ongoing challenge," it continued. "We are committed to protecting the safety of our students and to ensuring that every student is able to have a full and robust college experience."

Even though Keeler followed all the necessary steps after her assault, an arrest was never made.

The Gettysburg Police Department and the Adams County district attorney at the time, Shawn Wagner, declined to bring charges against the student.

"They called me and said, 'Unfortunately, we don't feel we have enough evidence to move forward with your case and prosecute,'" said Keeler. "And on top of that, when alcohol's involved, it's really difficult to prove that a sexual assault occurred." 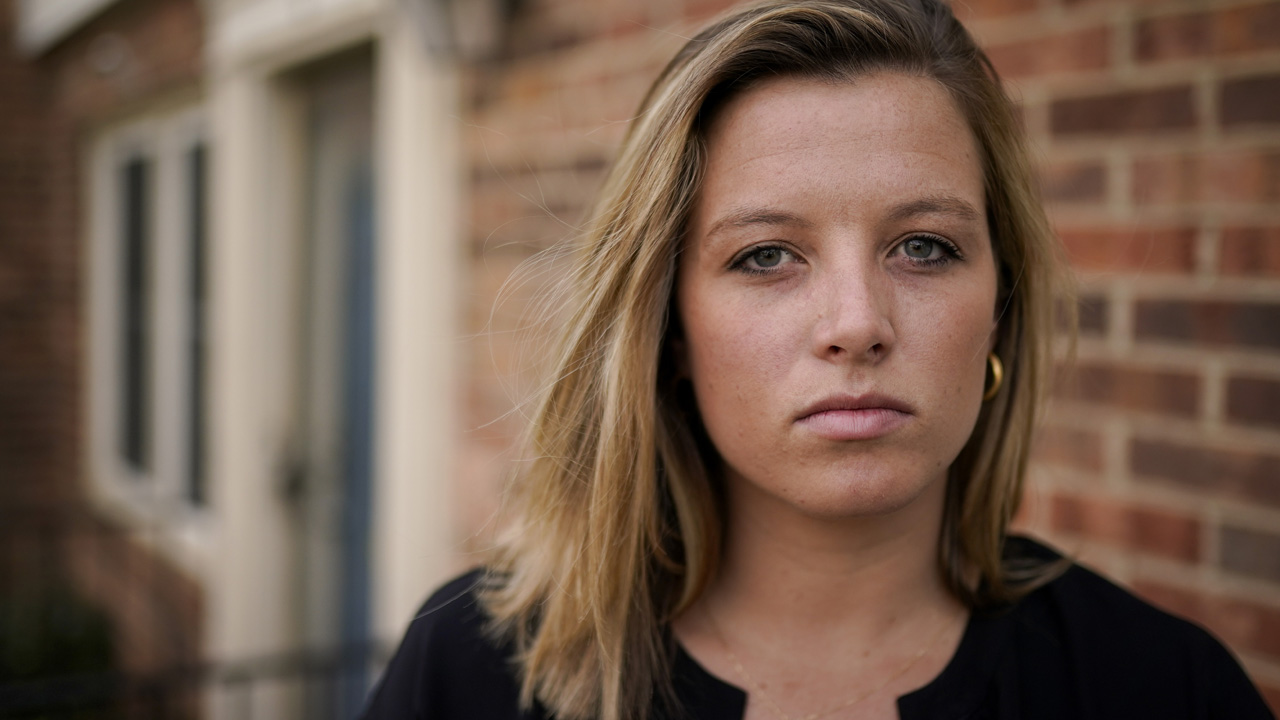 Shannon Keeler poses for a portrait in the United States on Wednesday, April 7, 2021.

Keeler's case isn't unusual. ABC News reported that most college campuses are required under Title IX to investigate all complaints and come up with "prompt and equitable remedies."

One in six American women will become a victim of sexual assault in her lifetime, according to the Rape, Abuse & Incest National Network. College students are three times more likely to be victims than any other age group and an estimated 73% of all victims of these crimes know their attacker, according to RAINN.

With the alleged Facebook confession, Keeler has hired a lawyer, Laura Dunn, to help handle the media exposure of her case. Dunn said the incident remains within the statute of limitations, which is 12 years in Pennsylvania.

"We are within the statute of limitations for the criminal case," Dunn told ABC News. "But I'm worried, you know. The district attorney's sitting on a confession for over a year. How long does it take to make a decision to bring a charge?

But Keeler, a graduate of Moorestown High School in New Jersey, remains hopeful and is determined to see her attacker in court.

"These messages came to me and suddenly I had this opportunity to pursue what I always wanted to pursue," said Keeler. "And if I can do anything to help make things better for the next women [to] go through this and ... feel like they can report these to the police, and they will be treated fairly and respectfully ... that will be fulfilling to me."
Report a correction or typo
Related topics:
new jerseypennsylvaniarapefacebookcollegesexual assault
Copyright © 2021 ABC News Internet Ventures.
TOP STORIES
Long haul COVID in kids produces little-understood lingering effects
2 Simeon HS students killed in separate shootings
Oak Lawn woman wanted after skipping court over 'Maderna' vaccine card
High waves up to 18 feet slam Lake Michigan shoreline
'No one would be spared': Debt default would set off dire consequences
FDA backs Pfizer COVID-19 boosters for seniors, high-risk
Lightfoot 'not happy' with nearly 10K CPS students in quarantine
Show More
Chicago Weather: Chilly, breezy Thursday
Melvin Van Peebles, godfather of Black cinema, dies at 89
Missing persons of color: Do they get the same attention?
Little Village Aztec dance group carries on 500-year tradition
Rev. Jackson released from rehab facility after COVID-19 battle
More TOP STORIES News