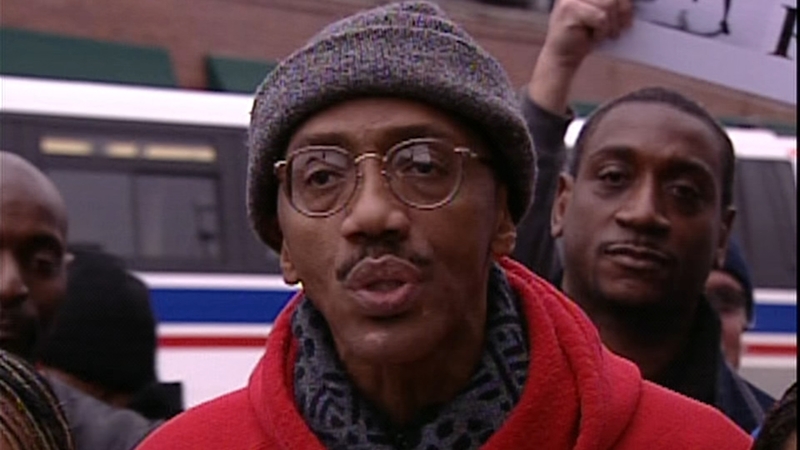 Jackson, who was 68, battled a rare form of cancer.

By all accounts, Jackson was devoted to creating more opportunities for young people of color and worked tirelessly on their behalf. His work earned him the respect of fellow social justice activists.

Jackson also worked for Chicago Public Schools and was a former CEO of the Chicago Housing Authority. He also worked for the Boys and Girls Clubs, among other influential positions he held through the years.

Pfleger said he talked to Jackson on the phone a couple of months ago when his health was failing, still offered any assistance he could give.

"Phil was always willing to support anybody who was fighting for something better," Pfleger said.

In a tweet, Rev. Jesse Jackson Sr. said: "Phillip Jackson was a bright black star, who gave his all to educating the children of Chicago. He will live as long as we remember him. Rest in heavenly peace. #BlackStarProject."

In 1996, Jackson founded the Black Star Project, a nonprofit focused on improving educational services for Black and Latino communities in Chicago. He was also chairman of the organization.

"He came up with this program, this 18-step program in about 10 minutes. These are practical things you can do get on track," said Jackson's sister, Gloria Smith, who is the organization's executive director.

Jackson had been hospitalized for a while. A few days ago, Smith said he asked her to get him an absentee ballot, but he died before he could vote.

Tributes continued to pour in for Jackson.

Chicago mayoral candidate Amara Enyia said in a statement, in part: "He never shied away from speaking truth to power and he made sacrifices that raised the bar for all those who consider themselves advocates for our communities and for our children. He confronted inequitable investment in communities by philanthropic institutions, challenged educational institutions, and always led by example. He was a man of integrity and passion, known for his fierce education advocacy and for his phrase: "Educate or Die". His legacy will forever live on."
Report a correction or typo
Related topics:
societychicagobronzevilleobituary
Copyright © 2021 WLS-TV. All Rights Reserved.
More Videos
From CNN Newsource affiliates
TOP STORIES