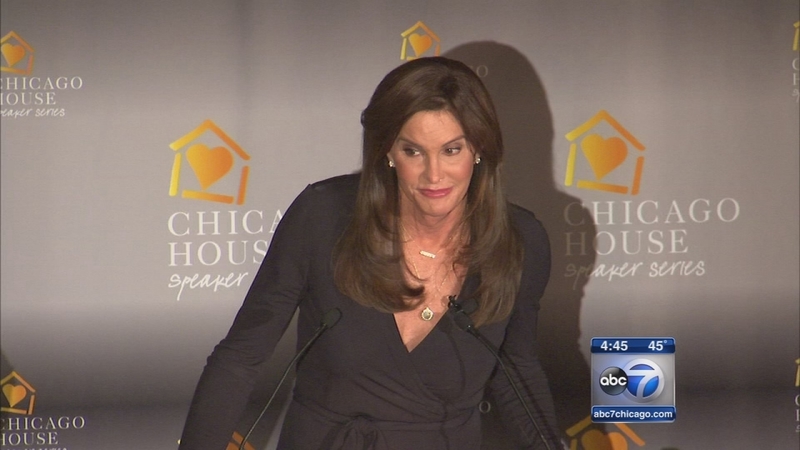 CHICAGO (WLS) -- Caitlyn Jenner was the keynote speaker at the 7th Annual Chicago House Speaker Series Luncheon at the Chicago Hilton. Chicago House is the Midwest's oldest provider of housing for those impacted by HIV/AIDS and LGBTQ marginalization.

Jenner visited with members of Chicago's LGBTQ community and spoke about her new reality show.

Jenner took the audience on an hour long tour of her life as an Olympian, broadcaster, then father and reality television star, all the while trying to figure out who she really was. Her Olympic triumph as Bruce Jenner came with a nasty reality the day after victory in 1976.

"All of a sudden i lost my security blanket," she said. "Now what am I going to do with my life, what is my next diversion going to be. "

Jenner said she always figured there would be an answer as to why God saw fit to give her, as a man, good looks, athletic ability, strong work discipline, but also something else.

"Let's give him the soul of a female and let's see how he does," she said. "And I would always think that, in God's eyes, how am I doing here?"

Chicago's LGBTQ community was grateful for the star's visit earlier this week to Chicago House and its state of the art center for transgendered people, built in a former Chicago House AIDS hospice.

As she wrapped up, Jenner talked about transitioning earlier this year, and the Vanity Fair article that announced it.

"When that came out that changed everything," she said. "I have never had one negative comment in six months... as long as I don't go online."