Couple turned away by hotel's 'No Kankakee guests' policy 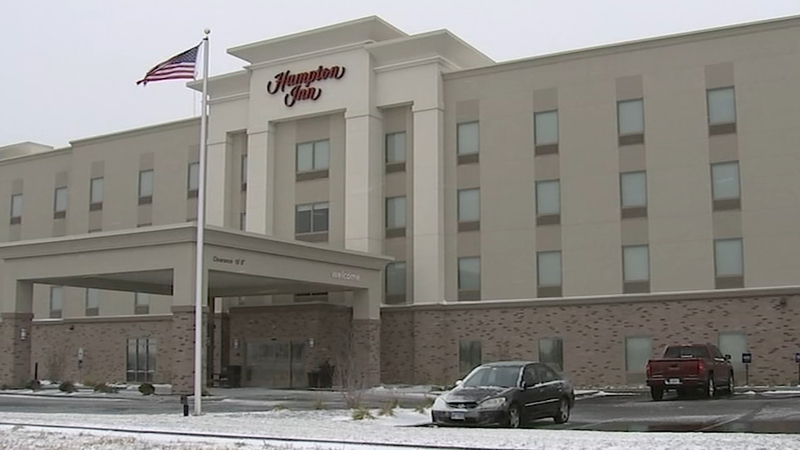 Couple turned away by hotel's 'No Kankakee guests' policy

KANKAKEE, Ill. (WLS) -- A Kankakee couple says they were denied a stay at a well-known hotel because of where they live

They say the receptionist told them that based on their address, they would have to go somewhere else.

The couple lives in Kankakee and they're proud of it. But they said one hotel turned them away solely because of their no Kankakee guests policy.

Anthony and Jeanette Davis have been living in their Kankakee residence for 15 years.

Last month, the couple says they were having work done in their home, so they went to a Hampton Inn hotel in Bradley hoping to book a one night stay. They said they handed over their credit card and ID, but there was a problem.

"She said, 'I'm sorry, I can't rent to you guys.' I said, 'Why?' She goes, 'Because of your address. You have a Kankakee address,'" Anthony Davis said.

They were shocked. The couple say they asked to speak with the owner, but were told the owner himself came up with that policy, no Kankakee guests in his hotel.

They said the receptionist told them that a while back a Kankakee resident pulled out a gun on another guest at the hotel.

"I told her, 'What do I have to do with that? I don't have anything to do with someone pulling a gun.' At that point, she just kept saying, 'I'm sorry, I can't rent to you,'" Anthony Davis said.

The couple says they ended up staying at another hotel next door and later called ABC7 to get down to the bottom of the policy.

ABC7 reached out to Hilton, the parent company of Hampton Inn, who said that while the hotel is independently owned and managed, they confirmed that, "Their local stay restriction is no longer in place."

The hotel chain said, "Hilton is by nature a hospitable company and we are welcoming of all."

The couple said the owner of the Hampton Inn eventually called them back, offering them $1,000 and a steak dinner if they stay away from the media. But the Davises say this isn't about the money, it's about standing up for the people of Kankakee.

"I love Kankakee," Jeanette Davis said. "We pay our taxes. We are home owners. They acted like we was bad people."

The owner of the Hampton Inn responded to ABC7 saying, "That policy has been rescinded more than a week ago prior to the couple filing a complaint. The couple is basically using this as a way to extort money from us. "

"We received a call from Mr. Davis in late October notifying our office of the situation. While we sympathized with him and his wife, Jeanette, we redirected him to contact the proper authorities within Village of Bradley regarding the matter."

"We pride ourselves on being a close-knit, welcoming community that is inclusive of all residents, businesses and visitors. Please advise if you have any questions, and I'll be happy to assist."