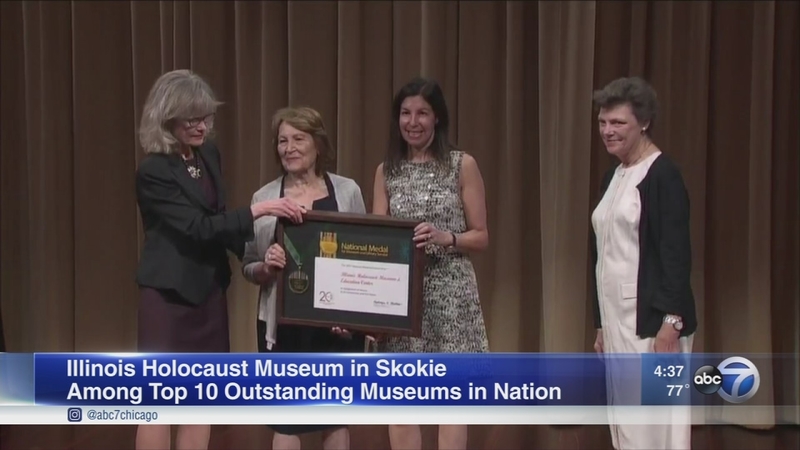 WASHINGTON -- The Illinois Holocaust Museum in Skokie has been named one of the top 10 museums in the nation.

At the National Archives in Washington D.C. ABC News political commentator Cokie Roberts helped hand out the awards during a special ceremony.

The Illinois Holocaust Museum and nine other institutions were given the national medal for museum and library services, which is considered the nation's highest honor bestowed on museums and libraries.