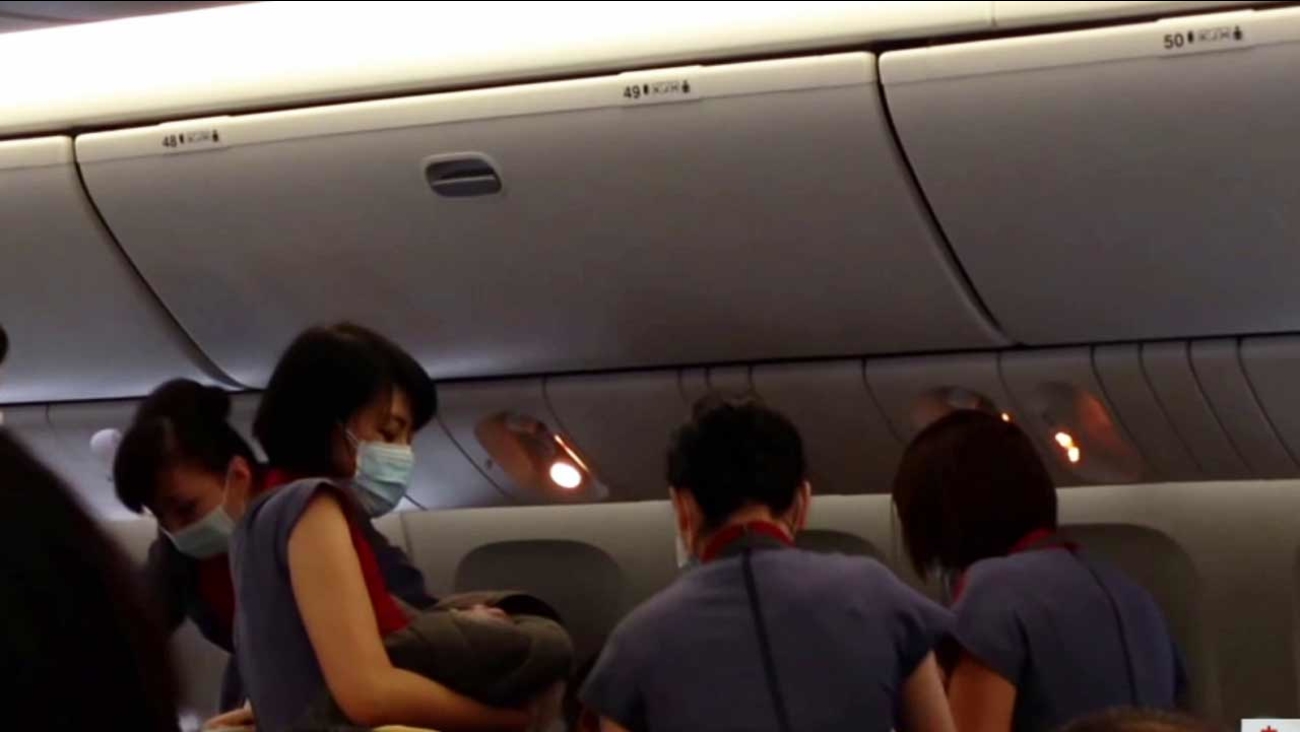 KABC
LOS ANGELES -- A Taiwanese woman who gave birth on a flight to the U.S. in what may have been an attempt to give her baby American citizenship could face a hefty bill for forcing the plane to divert to Alaska.

The insurance firm of China Airlines will decide whether to ask the unnamed passenger to cover the cost of the stopover to ensure the health of her baby, airline media affairs staffer Weni Lee said Friday. The flight made an emergency landing en route from Taipei to Los Angeles on Oct. 8.

Taiwanese media have estimated the bill at $33,000, although the airline said its insurer is still calculating the cost.

The local media have widely reported that the woman evidently wanted to give the child American citizenship. Taiwan's China Times newspaper's website said that, before giving birth, she repeatedly asked the cabin crew, "Are we in U.S. air space?"

Those comments couldn't be verified, and Lee said she could not confirm whether the passenger had made them.

Alaska state officials say the baby is eligible for U.S. citizenship. A baby born in flight has the right to be a U.S. citizen if that is where the child first arrives, even if born in international air space, said Susan Morgan, spokeswoman for the Alaska Department of Social Services.

The incident has garnered widespread attention in Taiwan, even rising to the level of parliamentary debate earlier this week.

"This is a selfish act," ruling party legislator Luo Shu-lei shouted to the transportation minister during a session Monday. "It was clearly an act carried out to give the child U.S. citizenship. She affected the travel of other passengers. Is there no punishment?"

The China Times website said the woman was 36-weeks pregnant, but that she told the airline she was less than 32-weeks pregnant. Under Taiwanese law, passengers must provide a medical certificate saying they are fit to fly if they have passed the 32nd week of pregnancy.

The woman, whose identity has been kept confidential, was sent back Saturday from Alaska to Taiwan without the baby. American authorities have not said why.

Before the 1980s, when Taiwan was still developing economically, some mothers tried to give birth in the United States, but nowadays that is rare. A cottage industry has sprung up in recent years facilitating the travel of women from mainland China to the U.S. to give birth and obtain automatic American citizenship for their babies.
Related topics:
societylos angelesbirthbabycitizenshipu.s. & worldairplane
Copyright © 2020 KABC-TV. All Rights Reserved.
RELATED