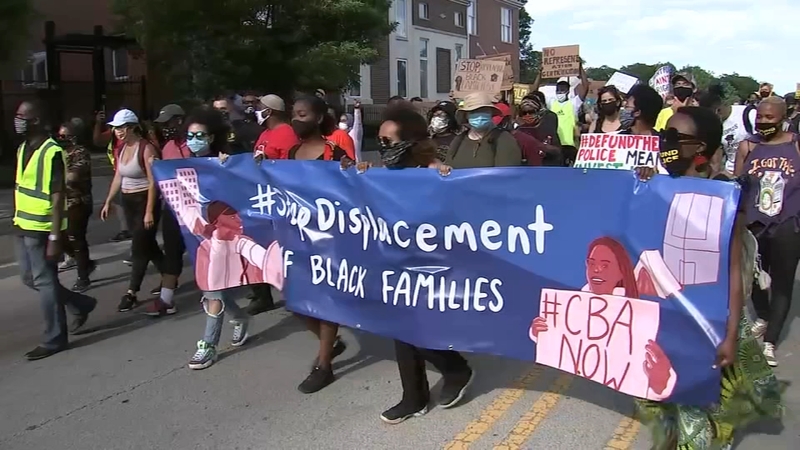 CHICAGO (WLS) -- Several black activist groups are rallying in Woodlawn to demand that the city of Chicago invest in more affordable housing.

Protesters put up tents in an empty city lot in the South Side neighborhood Thursday. The temporary tent city is intended to send a specific message to City Hall.

"Here to ask Mayor Lightfoot to remember the black community in Woodlawn and provide for us affordable housing," said Ebonee Green, an organizing member of the Obama CBA Coalition.

They're renewing demands to protect the identity of their community, and the incomes of the people who live there.

"What we're asking is that 75% of these empty lots be allocated for affordable housing," Green said

Brown said some people who were born and raised in the community have to find new places to live because the rents are rising.

"If you're spending 40% of your income to live somewhere, how sustainable is that?" Brown asked.

The temporary campground set up is a sort of territorial marking.

"It's because of systemic racism that this lot remains vacant and is not developed for affordable housing," Brown said. "Our mayor has turned her back on our community."

Now they're demanding that the city rework its budget.

They want a community benefits agreement that allows people who developed Woodlawn to stay there, adffordably.