The more than 120-year-old building is made of heavy timber construction.
WLS
By Eric Horng 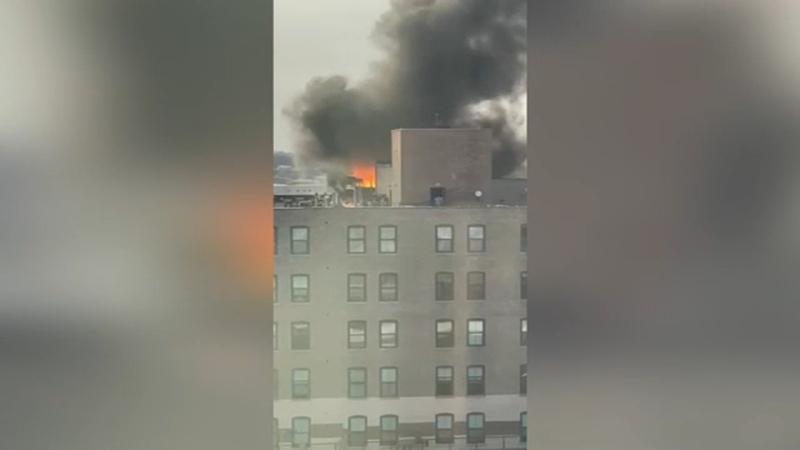 CHICAGO (WLS) -- A large fire in the bustling part of the city caught many of its resident off guard Saturday.

Multiple residents told ABC7 that the building's smoke alarm never sounded and they only learned of the fire until after firefighters had arrived.

The flames could be seen for blocks but many inside the 7-story apartment building had no clue what was happening.

"No alarm went off," said building resident Thomas Anderson. "My neighbor apparently knocked twice. I didn't catch her the first time, so I did catch her the second time, and we evacuated together."
Firefighters were called a little before 5:00 p.m. to the Carriage House Lofts near 15th and State streets.

The more than 120-year-old building is made of heavy timber construction.

Ashley Rego had no idea her building was on fire until a friend texted her a photo.

"It was nerve-wracking," she said. "I didn't know how bad it was except for looking at the flames. They looked huge -- but we're safe. That's honestly all that matters."

Despite the lack of warning, firefighters said no residents were injured, although one woman was treated at the scene for breathing problems.

Most residents self-evacuated, but there was at least one rescue.
Carl Price said he raced into the building to grab his girlfriend's French bulldog, Dracko.

"It was real smoky up there -- I have asthma" Price said. "I wasn't even really supposed to be in there, but for the life of the dog, you definitely got to do what you got to do."

Officials said the fire was mostly confined to the roof but did enter at least one top-floor unit, triggering sprinklers.

Some residents said there have been problems with the building's air conditioning and those units are on the roof, but the cause of the fire is still undetermined.