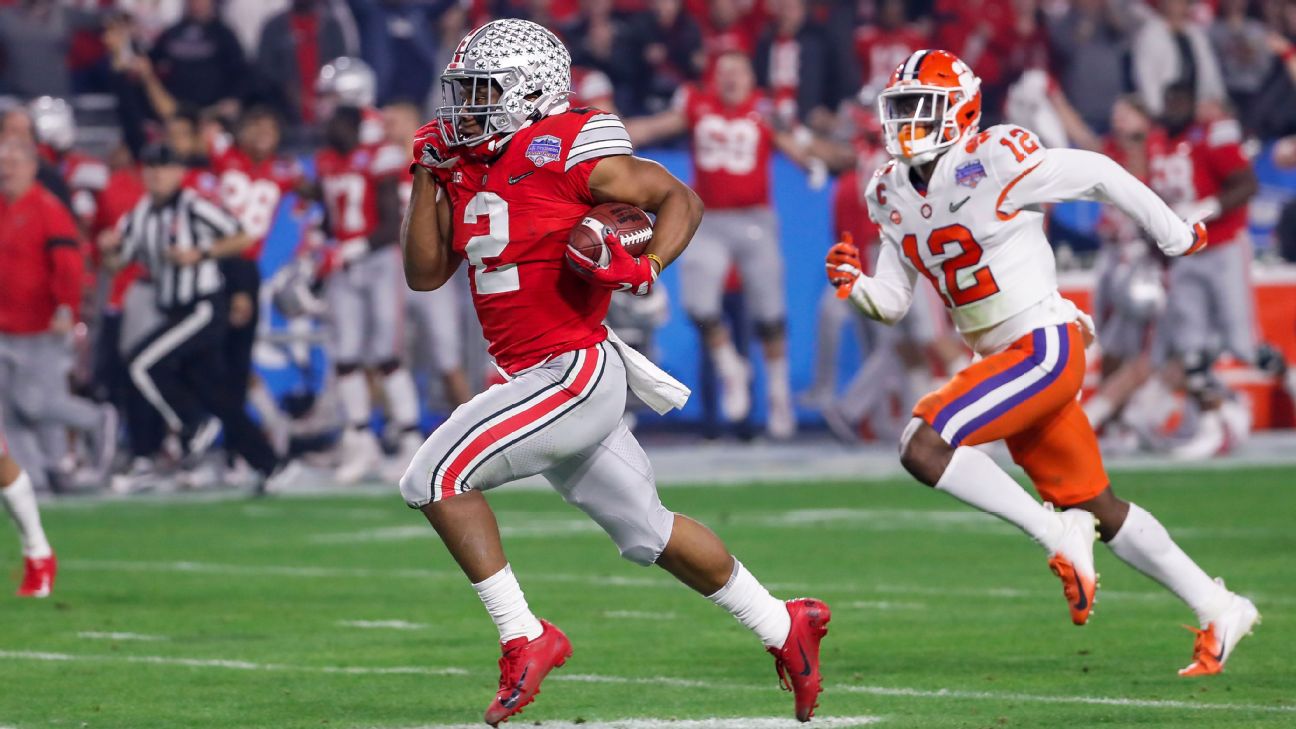 The dust has settled, bowl season is (finally) over, and we have a new champ: LSU.

But there's a lot more to the college football postseason than the playoff and the title game. There are 40 bowls that provide endless entertainment and tons of fantastic performances. We highlight some of the best from bowl season with our 2019-20 All-Bowl Team:

RB: J.K. Dobbins, Ohio State: A midgame injury slowed what was already a spectacular day for Dobbins in the Fiesta Bowl. Despite that, he finished with 221 yards from scrimmage and a touchdown.

RB: Journey Brown, Penn State: The Nittany Lions were able to run at will in the Cotton Bowl, and Brown led that effort, with a whopping 202 rushing yards and two touchdowns, averaging 12.6 yards per rush.

WR: Justin Jefferson and Ja'Marr Chase, LSU: We can't pick just one of this LSU duo. Both were fantastic. Jefferson had four touchdowns in the semifinal win over Oklahoma, and Chase had a whopping 221 receiving yards and two scores in the championship win over Clemson.

WR: George Pickens, Georgia: The freshman was fantastic in the Sugar Bowl, hauling in 12 catches for 175 yards and a score in the Bulldogs' win over Baylor.

WR: Jerry Jeudy, Alabama: The junior saved his best for last, recording a career-high 204 receiving yards on six catches (including a score) in his final game for the Crimson Tide, a win over Michigan in the Citrus Bowl.

OL: Saahdiq Charles, LSU: The Joe Moore Award-winning line was stellar all season, and Charles was flawless in the title game, allowing no sacks and no pressures in 84 snaps.

OL: Samuel Cosmi, Texas: In the Alamo Bowl, Cosmi and the Longhorns' O-line put together a solid performance, averaging 6 yards per rush and compiling 438 total yards against a usually stingy Utah defense.

OL: Wyatt Davis, Ohio State: The right guard was outstanding, helping pave the way for 196 rushing yards and 5 yards per carry -- both the most Clemson allowed this season -- in the Fiesta Bowl.

OL: Charlie Heck, North Carolina: Heck led a Tar Heels line that allowed no sacks on 35 pass attempts and cleared the deck for 238 rushing yards in a dominant win over Temple in the Military Bowl.

DL: A.J. Epenesa, Iowa: The junior had a productive Holiday Bowl, with four tackles, 2.5 sacks and a forced fumble in the Hawkeyes' win over USC.

DL: Kobe Jones, Mississippi State: The junior was disruptive in the Bulldogs' Music City Bowl loss to Louisville, picking up 4 tackles, 2 sacks and 3.5 tackles for loss.

LB: Patrick Queen, LSU: The speedy junior led the Tigers in tackles in both playoff games, combining for 16, four tackles for loss and a half-sack. He was the title game's Defensive MVP.

LB: Joseph Ossai, Texas: The sophomore was virtually unstoppable in the Longhorns' Alamo Bowl win over Utah, racking up 9 tackles, 3 sacks and 6 tackles for loss.

LB: Jeremiah Owusu-Koramoah, Notre Dame: The sophomore was everywhere in the Camping World Bowl, tallying 9 tackles, 3 sacks, 4 tackles for loss, a forced fumble, a fumble recovery and a quarterback hurry.

CB:Jeff Okudah, Ohio State: The junior more than held his own against Clemson's stellar receivers (none of them had more than 47 yards), broke up two passes and had five tackles (four solo) in the Fiesta Bowl.

CB: Elijah Molden, Washington: The junior allowed a 0.0 passer rating when targeted in the Las Vegas Bowl, according to Pro Football Focus. He also had nine tackles and a forced fumble, and he returned an interception 31 yards to set up a Huskies touchdown.

CB: Derek Stingley Jr., LSU: The true freshman capped his brilliant season by locking down his side of the field in the title game, allowing only one reception in six targets that went his direction.

S: Richard LeCounte, Georgia: The junior's two interceptions were part of a stifling defensive effort by Georgia in its Sugar Bowl win over Baylor.

S: Brady Breeze, Oregon: The junior was the Rose Bowl defensive MVP, with a 31-yard fumble return for a touchdown, 11 tackles, a forced fumble and a pass breakup.

AP: Isaiah Simmons, Clemson: The versatile linebacker was his usual playmaking self in both of Clemson's playoff games, compiling 11 tackles, 2 tackles for loss, 2 pass breakups, an interception and a sack. He was great in coverage, too.

P: Anthony Beck II, Georgia Southern: Of Beck's nine punts against Liberty in the Cure Bowl, not a single one was returned for positive yardage. He had a 48.8 net punting average, five punts inside the 20 and no touchbacks.

KR/PR: Aron Cruickshank, Wisconsin: Cruickshank's 95-yard kickoff return for a touchdown in the Rose Bowl was part of a productive day in the return game for the Wisconsin receiver ,who finished with 194 kickoff return yards, highest among bowl participants this season. 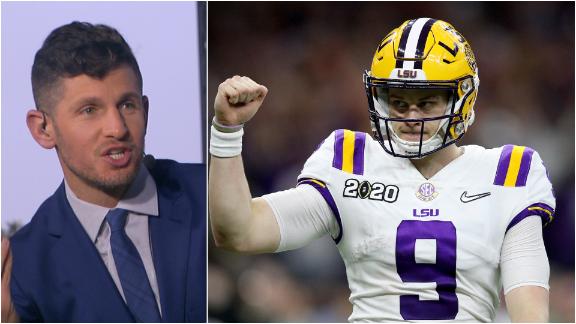 Orlovsky: Burrow had the best season I've ever seen
Dan Orlovsky credits Joe Burrow for having the best season he's ever seen from a quarterback, and says he called his shot and "Babe Ruth-ed" the national championship. 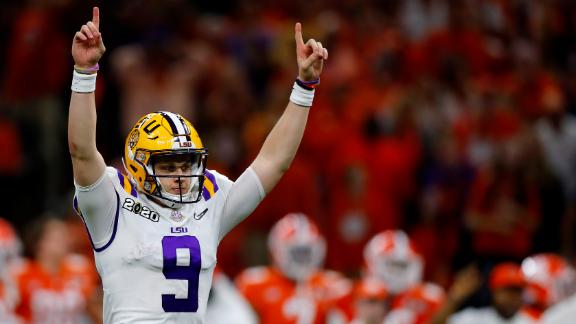