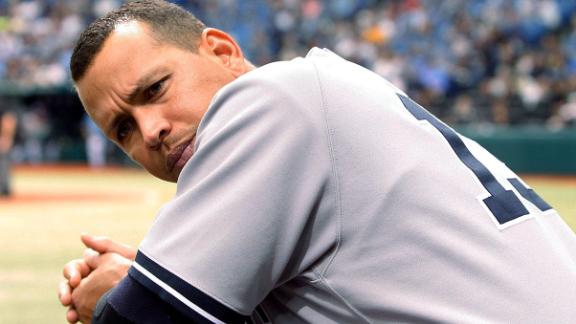 Rodriguez missed the entire 2014 season after being suspended following MLB's investigation into the Biogenesis case. Rodriguez has not spoken with the media and his public appearances have been limited to random football and baseball games.

Two weekends ago, he attended the Dallas Cowboys-New York Giants game at Cowboys Stadium and nearly made some news as quarterback Tony Romo almost ran him over on the way to the field.

Rodriguez, 39, has no formal plans yet to speak with the media, his spokesman said Thursday morning.

The Yankees and Rodriguez both appear as if they are trying to be conciliatory after the rancor of his suspension. Rodriguez has three years and $61 million remaining on his contract. As part of the deal negotiated after the 2007 season, Rodriguez can earn an additional $6 million by hitting just six more home runs and tying Willie Mays for fourth on the all-time list with 660.

Manager Joe Girardi and general manager Brian Cashman have both said they are unsure what to expect from Rodriguez on the field. Rodriguez may have a chance to retain his starting third base spot, but that will rest largely on what the Yankees do this offseason and if Rodriguez is fit enough.

Rodriguez has played in only 44 games over the past two years, and has had surgery on both of his hips. Girardi has talked with Rodriguez about trying to play first base, where Rodriguez could serve as a backup and insurance for Mark Teixeira. Rodriguez would also DH if he is on the team.

Despite the bad blood from the lengthy and heated appeals process, the Yankees have given no indications they will release Rodriguez. If they did so, they would owe him his entire salary. Yankees officials have said that if Rodriguez can still play, they will take him back for 2015.