Adrian Peterson gets standing ovation, rushes for 134 yards in win 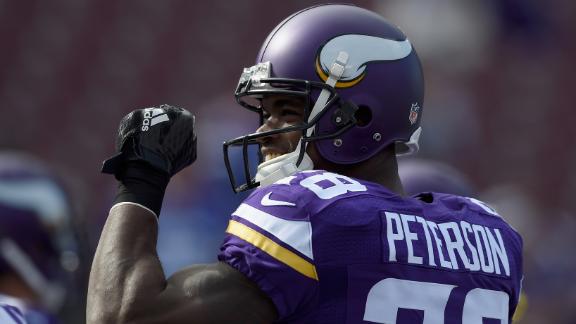 MINNEAPOLIS -- Playing his first game in front of Minnesota Vikings fans in more than 21 months, Adrian Peterson looked much closer to his typical form than he did six days ago.

After receiving a standing ovation as the last Vikings offensive starter announced before the game, the star running back rushed for 134 yards on 29 carries to lead Minnesota to a 26-16 win against the Detroit Lions.

"You can see as I ran through the tunnel, the energy that you see as I was running, that came from the fans," Peterson said. "Just that warm welcome, it felt good to be back home."

It was Peterson's first game at TCF Bank Stadium, and it came 53 weeks after he was deactivated for the Vikings' 2014 home opener following his indictment on child injury charges Sept. 12, 2014.

Peterson carried the ball on the Vikings' first three plays on his way to 16 carries for 70 yards in the first half. And while he missed a block in front of Teddy Bridgewater in the second quarter, Peterson was there as the quarterback flipped him the ball as defenders converged on him and raced 49 yards before he was hauled down.

"Man, what a heads-up play," Peterson said. "Terrible fitting [on the block] for me. It looked weak and pitiful, just to be honest. But a heads-up play by Teddy, just making something happen. You see me at the end of the play just beating my head because I'm thinking about the block I missed. That's how important it is to me. But he did a great job of making plays."

Peterson gained 119 yards in the first half, helping the Vikings take a 17-10 lead. He appeared to score his first touchdown since Nov. 24, 2013, as he bulled into the end zone, but a review overturned the play. Before and after the review, fans chanted: "AP! AP!" for the running back, who missed 15 games last year. The 30-year-old running back, whose first game back with the Vikings came Monday night in San Francisco, carried just 10 times for 31 yards against the 49ers.

Peterson's 13 carries in the first quarter were the most of his career, according to ESPN Stats & Information. He admitted his body was "a little shot in the first half" but added he felt rejuvenated in the second half.

"I don't know if that was actually the game plan [to pound the ball up the middle]," Peterson said. "But it was working. And I guess if it was working, don't stop."

AP bounces back in Vikings' win
Adrian Peterson rushes for 134 yards in Minnesota's 26-16 victory over Detroit. 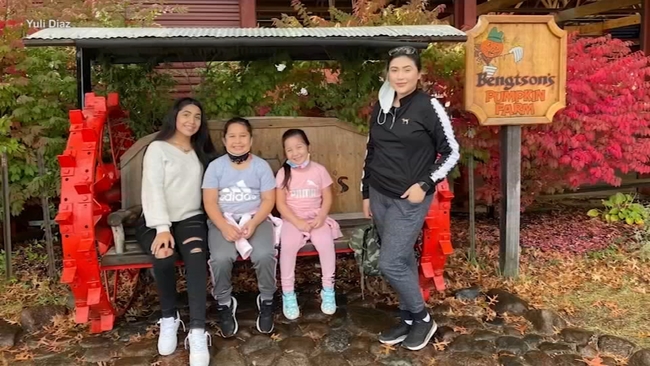