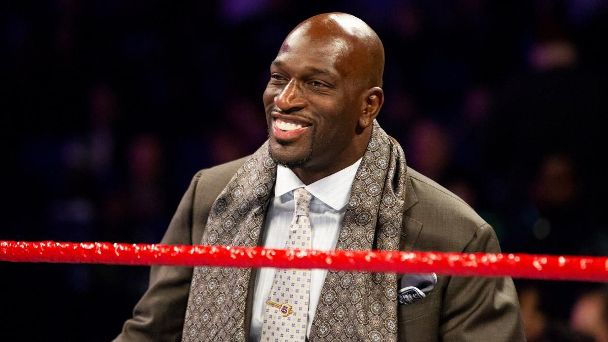 Cubs first baseman Anthony Rizzo, Chiefs offensive lineman Laurent Duvernay-Tardif, Lynx point guard Layshia Clarendon and WWE Hall of Famer Titus O'Neil were announced as finalists for the Muhammad Ali Sports Humanitarian Award for the positive impacts they have made in their communities.

The winner of the award will be named at the ESPYS on July 10 (8 p.m. ET, ABC), and all four finalists will be honored during the Sports Humanitarian Awards on July 12.


Rizzo was diagnosed with Hodgkin lymphoma when he was 18. Four years later, he established the Anthony Rizzo Family Foundation to provide monetary assistance to pediatric cancer families. The foundation provides resources to organizations that offer comfort and care to children and their families as they cope with cancer as well as providing direct monetary grants to pay everyday household expenses. Since its inception, the foundation has raised more than $13 million. During the pandemic, Rizzo mailed 250 care packages with PPE supplies to pediatric cancer patients and their families, donated more than 25,000 masks and delivered more than 10,000 meals to frontline workers.

Duvernay-Tardif, a medical school graduate, shifted gears from Super Bowl champion to caregiver at a long-term care facility in Quebec, Canada, when the COVID-19 pandemic struck. He spent eight months serving as an orderly, administering medicine and feeding and bathing patients. Duvernay-Tardif was the first NFL player to opt out of the 2020 season and served on the NFLPA's COVID-19 task force. Duvernay-Tardif also helped create the Laurent Duvernay-Tardif Foundation to ensure physical activity and creativity are a part of a child's development and educational success.

Clarendon, a point guard for the Minnesota Lynx, announced last fall that they are transgender, becoming the first openly transgender and nonbinary athlete to compete in the WNBA, as well as the first WNBA athlete to complete a top surgery as an active player. As the first vice president of the WNBPA and a founding member of the WNBA's social justice council, Clarendon is at the forefront of the league's social justice efforts. They partnered with grassroots organizations to create strategic messaging to build awareness around Breonna Taylor's death, police brutality and social injustices, while working with WNBA players to uplift the Say Her Name campaign to fight for visibility and justice for Black women lost to violence and police brutality.

O'Neil, a WWE global ambassador, has shared the story of his mother's rape, which is how he was conceived. He grew up in poverty, was bullied and labeled a "bad kid." Inspired by those who helped change the trajectory of his life, O'Neil delivered hundreds of healthy food boxes to assist families, veterans and senior citizens during the pandemic. O'Neil also surprised five families in need with a new car and provided leadership to create food baskets and secure toys for more than 40,000 families during the holiday season. Additionally, in June 2020, he organized a multicultural Love Walk in Tampa to unite the community.

The finalists for the Sports Humanitarian Team of the Year are the Atlanta Dream, Denver Broncos, New York City Football Club and the Toronto Blue Jays.


The Dream made national headlines last season when they wore T-shirts endorsing Raphael Warnock in his successful Senate runoff race against then-Dream owner Kelly Loeffler. The Dream made history again when former Dream All-Star Renee Montgomery became the first former WNBA player to become both an owner and senior executive.

At the outset of the pandemic, New York City Football Club launched a partnership with NY Common Pantry that has donated more than 250,000 meals to South Bronx residents. Additionally, the club converted its core community programs to virtual classrooms, delivering daily soccer workouts and hosting a podcast to keep 1,600 local youth engaged throughout the pandemic.

The Blue Jays transferred their home, Rogers Centre, into a food packing and distribution hub at the outset of the pandemic to ensure families could access supplies, and the Blue Jays Community Commitment provided 390,000 food bank hampers (the equivalent of 8,190,000 meals) to Canadian families. They also created virtual programs and resources to support virtual play-based programs. In total, the Blue Jays enabled 14,200 youth facing barriers to participate in daily virtual programming and trained over 1,000 additional educators and after-school programmers across North America in techniques for making virtual platforms and classrooms.