WLS
By Alexis McAdams
CHICAGO (WLS) -- For the first time, the approximate 10,000 athletes scheduled to compete in the 37th annual Chicago triathlon will not be swimming.

Unfortunately, the swim portion of the race has been officially been canceled due to unfavorable swim conditions on Lake Michigan, event officials said.

For the first time in 37 years, the Chicago triathlon now a mandatory duathlon. The decision was made after the high winds and large waves led to dangerous conditions. @ABC7Chicago pic.twitter.com/NmXLnUsvKv

According the Chicago Triathlon's Facebook page, all participants will now compete in what is called a duathlon (run-bike-run) option, beginning from the swim start area on the lakefront path.

"With the high water levels on Lake Michigan combined with the winds out of the east and southeast right now, we knew this was a possibility," Scott Hutmacher, Chicago Triathlon organizer said. "We're always going to have plans in place and we're always going to operate the safest and secure event for our participants imaginable."

The swim portion of Chicago's triathlon has been canceled due to hazardous water conditions, athletes must now compete in mandatory "duathlon", event officials said.

Waves of runners will be released in time trial format from the original Swim Start area, proceeding north to cover the 0.75 miles and into Transition. Athletes will then complete their respective Sprint and International distance Bike and Run Courses.

There is no need to bring swim equipment to the lakefront. Athletes should plan to wear running shoes (the swim carpet has been removed) to complete the first run portion and wear their timing chips for the duration of the event."

Hazardous water conditions on Lake Michigan affected a portion of the triathlon on Saturday when the swim portion for kids was also canceled.

RELATED| Boy, 14, with no arms finishes Chicago triathlon in under an hour

The swim portion of the Chicago Triathlon has been canceled due to hazardous water conditions, athletes must now compete in mandatory duathlon.

The National Weather Service issued a rip current warning for Lake Michigan until Saturday afternoon, but that doesn't mean it's safe to return to the water.

"Given the conditions right now, we have decided to cancel it and go ahead with the duathlon," Hutmacher said.

Coast Guard and Waukegan Fire crews were called to rescue 15 people from the lake early Sunday morning after a jet ski and a boat capsized on the water.

Officials said they have made arrangements to continue the race as planned, with the first running portion scheduled to begin at 6:00 a.m.

"You're never guaranteed a perfect race day and you have to deal with what we're delivered," said Hutmacher. "But we're making the best out of it and so are the athletes."

If you're headed out to watch the athletes compete along the lake front, keep in mind there are some road closures around the area. 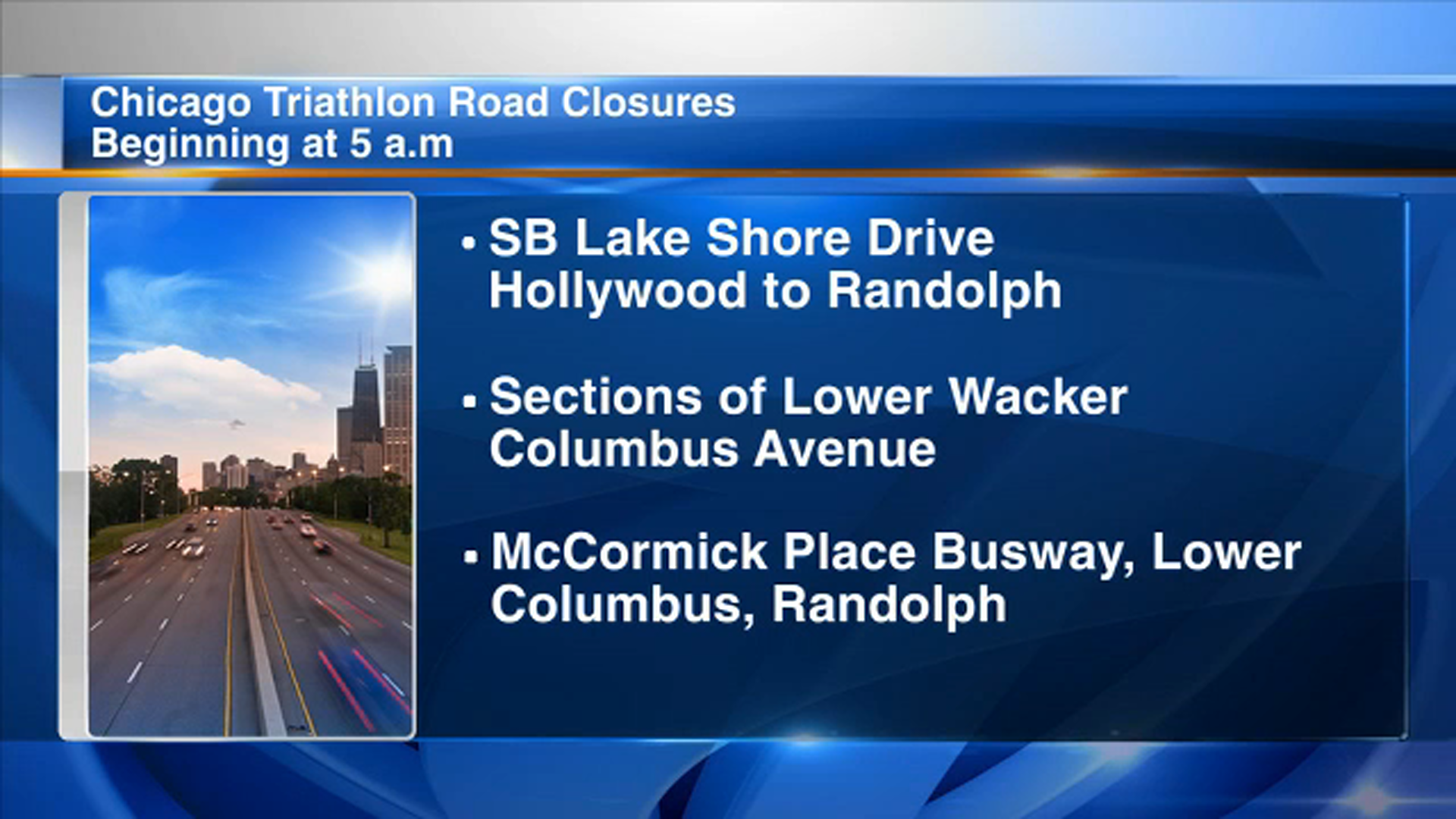 For a full schedule of Sunday's race, visit the Chicago Triathlon's website.