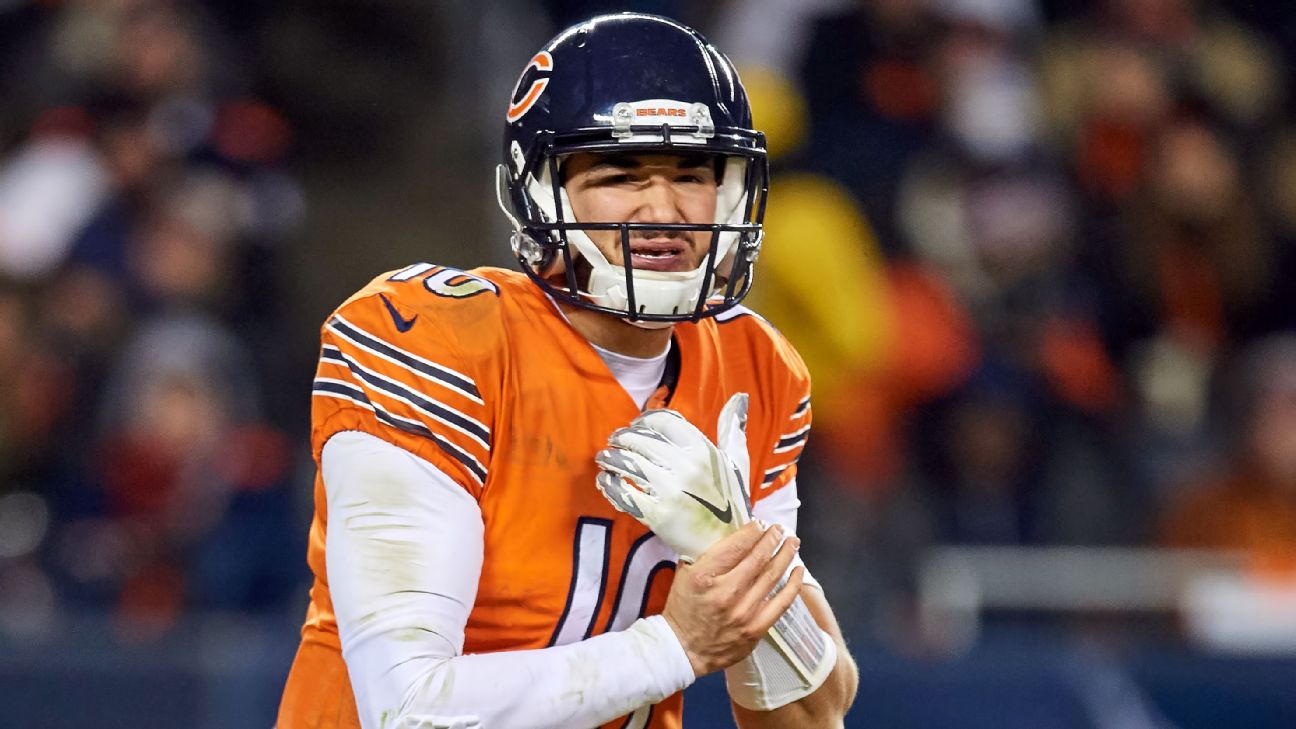 Trubisky practiced without restrictions the entire week and did not appear on the final injury report the club released on Friday.

"Yeah, we feel pretty good [about Trubisky's health]," Nagy told reporters. "The word clear, I don't know what exactly the word clear, but he's at a spot right now where we feel comfortable with going through these practices that he's done, he's done good, he's done a good job with it and I like where he's at."

Added Nagy: "He put together three really good days in practice. I thought the velocity on his throws was good, his decision-making just getting in and out of the huddle, that part was easy. The main thing was for us, seeing conditioning-wise, being able to see can he hold up with that and he did. He did well."

The Bears exercised extreme caution in regard to the right shoulder injury Trubisky suffered late in the fourth quarter of Chicago's 25-20 victory over Minnesota in Week 11.

Nagy declared almost immediately that Trubisky's injury was not of the long-term or serious variety, but Chicago nevertheless decided to sit Trubisky the past two weeks and turn the offense over to journeyman backup Chase Daniel.

"It's different than any other injury because it's my throwing shoulder," Trubisky said on Wednesday. "It's something that I'm going to need for the rest of my career, obviously. Any time there's any pain, I'm just communicating that and being smart about it.

"My pain tolerance has gone up over the years, just being able to know what you can play through and know when you just need to pull back a little bit. So it's being smart, communicating to the staff and all that, and just really not trying to be a superhero, because you don't want anything to linger the rest of this year, [or] my career going forward."