Better late than never, Kimbrel is the closer the Cubs needed 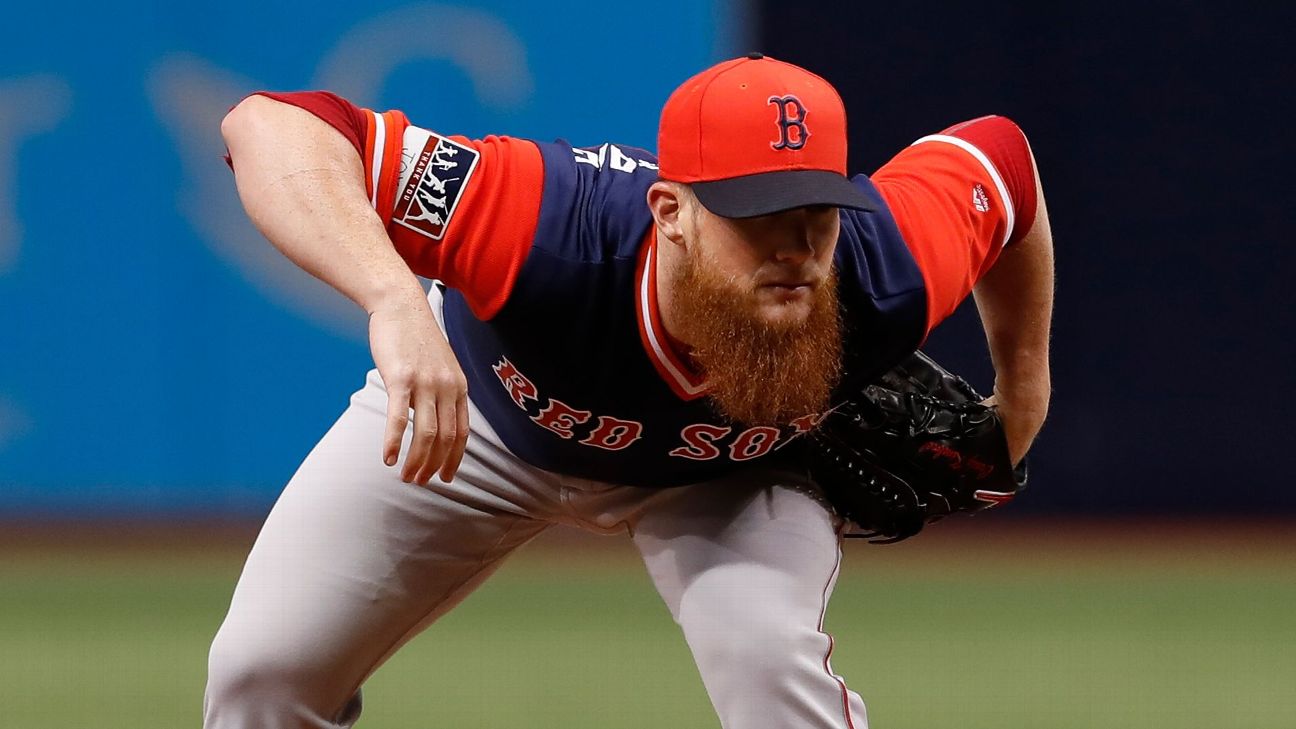 CHICAGO -- What does the signing of Craig Kimbrel mean for the Chicago Cubs?

As long as he's the Kimbrel who dominated the competition on the way to 333 career saves, with the second-highest strikeout rate (minimum 400 innings pitched) of all time, it means everything.

Whether it was Kimbrel or another closer, the Cubs were in desperate need of late-inning relief help. In this case, it wasn't just about the ninth inning -- though their three losses when leading after eight this season is tied for the most in baseball. They were struggling to even get to the ninth with a lead. Their 52% save percentage entering Wednesday was second worst in baseball. Perhaps more than anything, the move will take the daily pressure off the Cubs' top arms.

"It lengthens our bullpen," starter Jon Lester said. "You're not worried about matching guys up and 'what about tomorrow?' I feel like we can play that game a little bit more now."

Many of those blown games came in innings 7-9, where Chicago has already lost six games this season. So this move gives the Cubs the depth they desire and need. Now everyone in the bullpen can simply move down a notch on the depth chart. Setup man Pedro Strop can return to a more familiar eighth-inning role, and right-handers Brandon Kintzler and Steve Cishek -- both extremely valuable so far -- can bridge the gap from the middle to late innings. Cishek has six saves and Strop has five, but both now will be called upon earlier.

"It's going to make our bullpen way deeper," Strop said. "We're going to see a closer [type] working in the sixth, seventh and eighth innings."

The Cubs are still missing a lockdown left-hander -- that's what the June/July trading season will be for -- but now the bullpen looks as if it should have back in February: equipped with a true closer and several arms to get him the ball. And no one should be overused.

Of course, none of this matters unless Kimbrel is the old Kimbrel, pre-2018 playoffs. Because last October, he posted a 5.91 ERA for the eventual world champion Boston Red Sox. And the pessimists among Cubs fans will point to the team's recent history of free-agent pitchers and perhaps keep their enthusiasm in check until they see the right-hander in action.

Speaking of which, when will Kimbrel be major league-ready? Cubs manager Joe Maddon addressed the hypothetical over the weekend. "Probably a minimum of three weeks," Maddon said before knowing anything about how ready Kimbrel actually is. "There'll be a process of getting him up to speed."

Maddon mentioned a spring training-like routine that would consist of six or seven minor league appearances over the course of several weeks. It could take longer or shorter -- some definitely believe shorter -- but the Cubs should have their new closer in place before the calendar turns to July.

"It's like getting a gift on Christmas morning and having to wait to open it for a week or so before he's here," Lester said.

It might take longer than a week, but soon enough the Cubs will trot out one of the best the game has ever seen. Some might lament the team's inaction this past offseason, as they knew oft-injured Brandon Morrow would be out at least until May. And though Kimbrel is nearly here now, the team can't recover those late-inning losses from the first couple of months. After losing the division in a tiebreaker game last season, the Cubs needed to make this move sooner rather than later.

Since most of the bigger midseason trades occur in July, in that sense the Cubs got the jump on the competition. And of course, they didn't have to give up any assets beyond the money spent to sign Kimbrel. So as far as any trades, anybody they might deal can instead be used in swaps for other needs moving forward.

The whole deal hinges on Kimbrel. If the 31-year-old is overly rusty -- or just over the hill -- the Cubs have a new headache on their hands. And one for a few more seasons, since his deal runs through at least 2021.

Right now, the Cubs can cross off adding a closer from their checklist -- actually, for now and the near future. And in doing so, they've once again established themselves as the favorites in the National League Central -- a division they've won previously with Wade Davis as the closer and Aroldis Chapman before him. Will Kimbrel add to that legacy? His new teammates think so.

"He's awesome," Strop said. "Hopefully he's in good shape so we can win a World Series. That's what we all want."