Boring? That description fits the Cubs' bats with men on base 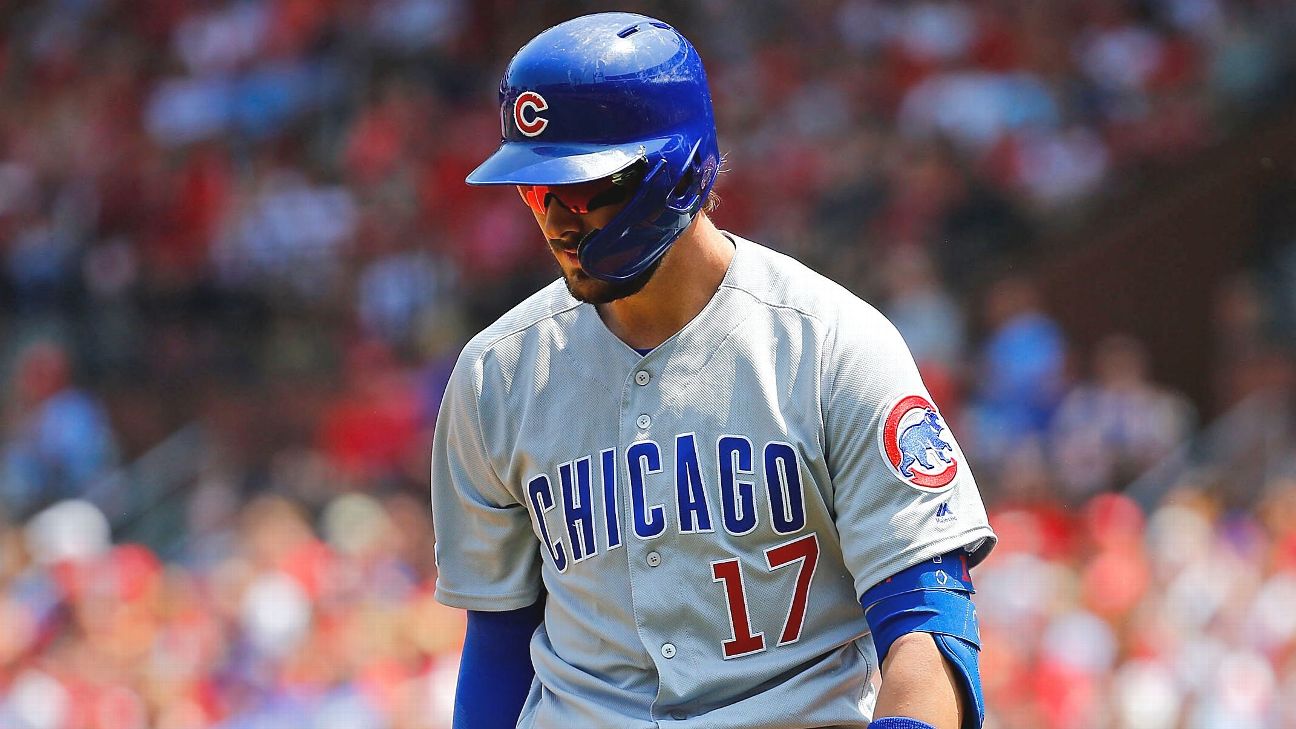 ESPN
By Jesse Rogers
ST. LOUIS -- "B" words were the rage in St. Louis over the weekend, but none applied to the Chicago Cubs in any kind of positive way.

While the Blues were playing the Bruins in the Stanley Cup Final across town, Cubs star third baseman Kris Bryant was hearing plenty of boos after calling St. Louis "boring" over the winter. But that word applied to the Cubs at the plate as much as anything else.

"We have to give ourselves a better chance, more opportunities than we're giving ourselves," first baseman Anthony Rizzo said after Sunday's 2-1 loss to the Cardinals completed a three-game sweep that knocked the Cubs out of first place in the NL Central. "That's the ebb and flow of the season. We're grinding right now as a unit. We have to get back on track."

Rizzo got robbed by Kolten Wong late in Sunday's contest to help preserve the win for the home team, but this can't all be about a bad BABIP right now. The Cubs seem to be squeezing their bats about as hard as possible as soon as a runner reaches base. On Sunday, they nearly became just the second team this year to walk at least eight times without scoring -- only a ninth-inning run prevented it.

"We just have to do a better job, reorganize our strike zones and make pitchers throw the ball over the plate and stay in the middle of the field," manager Joe Maddon said.

Maddon has no other answers for an offense that has just one hit in its past 33 at-bats with a runner in scoring position -- and even that lone hit didn't plate a run. If the ball isn't leaving the ballpark these days, the Cubs aren't scoring.

"It's not like we're in here moping around and, 'Poor us, we can't get a hit right now with a runner in scoring position,'" Rizzo said. "We're doing our best, we're just falling short."

Some of this rhetoric is eerily similar to the second half of last season, when the Cubs inexplicably went into offensive hibernation. That led to another "B" word no Cubs fan ever wants to hear again. If Theo Epstein declares the Cubs offense "broken" anytime soon, as he did last October, there might be a mutiny in Chicago.

"We have guys in here that have driven in a lot of runs before," Rizzo said. "The more opportunities we have, the better off we'll be."

But the Cubs seem to do things that don't go with the norm. For example, despite respectable National League rankings in batting average (fifth) and on-base percentage (second), the Cubs drop all the way down to 14th -- just ahead of the lowly Marlins -- when it comes to hitting with runners in scoring position. Let that sink in. They hit .255 overall but just .240 when runners are poised to score. Only one other NL team (Pittsburgh) has a drop of that significant. All others hit the same or better when the going gets tough for the pitcher.

That leads to a cruel joke forming for opposing teams: The best way to get out of an inning against the Cubs is to put a runner at second base.

"I don't think we're going up there just trying to hit homers," Kyle Schwarber said. "Some of it isn't falling right now. It's the reality. We're all up there trying to drive guys in."

If anyone epitomizes the Cubs' yearly inability to take advantage of their great team on-base percentage, it's Schwarber. He's hitting just .105 with runners in scoring position this season after hitting below .200 his previous two years. No wonder Maddon is batting Schwarber leadoff again.

"It's a weird part of playing 162 games," Maddon said. "We just have to keep fighting through it. There's nothing to cry about."

Until the recent stretch of games, the biggest concern for Cubs fans was yet another "B" word: their bullpen. They figured keeping an eye on Craig Kimbrel was the extent of their concerns, as his free-agency derby is bound to heat up after Monday's MLB draft. But now there's more to worry about. Perhaps newly signed outfielder Carlos Gonzalez can help after getting a few at-bats in the minors? More likely, just staying the course and keeping a sane head will turn the tide.

Javy Baez added: "Trying to do too much is the key right now. ... Let the game come to us is the key to get back on track."

It's always easier said than done when it comes to hitting. Otherwise, everyone would employ the quick fix. There really are none. Or at least the Cubs haven't found it. 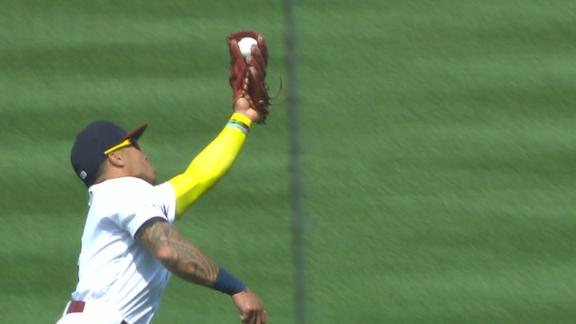