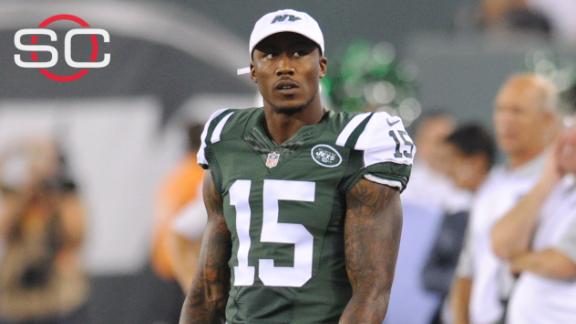 "The race card," Marshall said. "There are a lot of players out there that believe that white players -- specifically, at the quarterback position -- are treated differently."

Marshall made his comments as part of a panel discussion on Showtime's "Inside the NFL."

A 10-year veteran, Marshall is a regular on the weekly show. Deflategate, naturally, was a hot topic on the season's first show.

"I think that there are three different types of players' views in this thing," said Marshall, glancing at prepared notes.

"No. 1 is the fighter. I think there are guys in the fight with Tom. When one player's rights are upheld, then all players' rights are upheld. It's not about what he did, if he's right or wrong. It's more about the process. Is it fair?

"The second is cowards -- I call them cowards. That's the guys that are afraid to face Tom Brady. They want him suspended; I don't believe in that."

The third, Marshall said, was "the race card."

Marshall said he has spoken to players across the league, noting, "This is not just from our locker room, this is from locker rooms across the States."

Marshall, entering his 10th season, certainly has played across the States. The Jets are his fourth team.

"This is how guys are feeling; this is not just my opinion," he said. "These are conversations I'm having with guys."

Asked if he believes black players are held to a different standard, Marshall said, "Absolutely. At times, yes."

Marshall added that he has talked to white players who share the same opinion.

Brady won his appeal last week when a federal judge ruled in his favor, nullifying a four-game suspension.