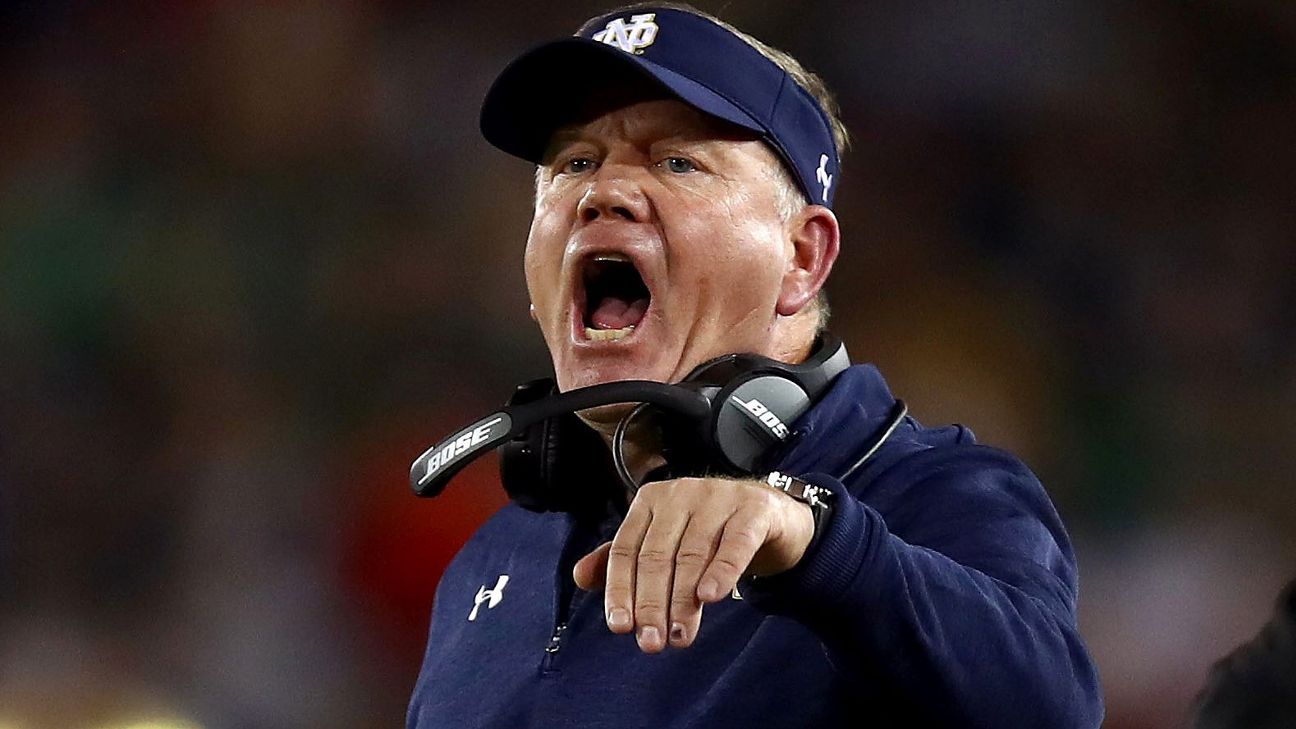 SOUTH BEND, Ind. -- After No. 8 Notre Dame went indoors to dodge raindrops for its final preparations before Saturday's game at Wake Forest, coach Brian Kelly danced around the possibility of a new starting quarterback.

In his final meeting with the media before the game, Kelly would not say that junior Ian Book would start against the Demon Deacons or even if Book had drawn even with senior Brandon Wimbush, last year's primary starter and No. 1 QB through Notre Dame's 3-0 start at home.

"They are both going to play," Kelly said. "I've said that all year. We need them both to win. They are both ready."

When questioned specifically whether Wimbush would be the starter Saturday against the 2-1 Demon Deacons, Kelly pretty much repeated himself.

Kelly indicated he had faith in Book, a 6-foot, 203-pound junior from El Dorado Hills, California.

Kelly was asked about the reps his quarterbacks have been receiving this season. Typically, starters get more than the second-team quarterback.

Book quarterbacked the Irish to a 33-10 victory last Oct. 7 at North Carolina when Wimbush was injured. He then rallied Notre Dame to a second-half comeback and a 21-17 victory over Louisiana State in the Citrus Bowl when Wimbush was ineffective. He also saw mop-up duty in other victories and Notre Dame's November losses at Miami and Stanford.

Wimbush won the quarterback battle last spring and has maintained the No. 1 position through this fall and the first three victories against Michigan (24-17), Ball State (24-16) and Vanderbilt (22-17).

The 6-foot-2, 222-pound Wimbush, a high school All-American at St. Peter's Prep in Jersey City, New Jersey, has completed 42 of 76 passes (55.3 percent) for 589 yards and one touchdown with four interceptions while also gaining 136 yards on 49 carries (2.8 per game) with another touchdown.

Book, meanwhile, has mostly seen action directing the No. 1 unit when it has reached the red zone this season. He has completed all three of his passes for 13 yards and one TD while rushing once for minus-3 yards.

But Kelly said Notre Dame was prepared to turn to Book during the first three games if the coaching staff felt he was needed.

"[Book] was prepared to play anywhere, but that's where he played in those games," Kelly said.

Now, it appears, the Irish might have two No. 1 quarterbacks.