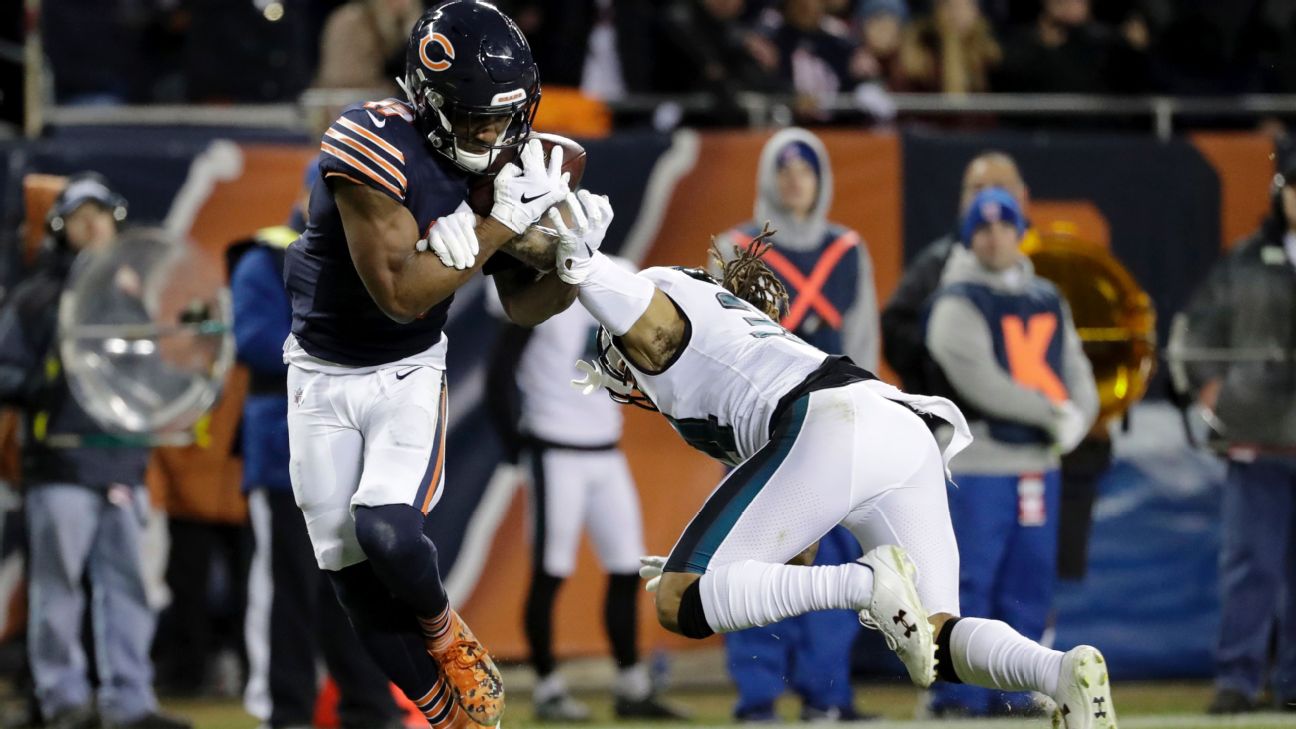 The play occurred on what would have been about a 30-yard completion to receiver Anthony Miller with 26 seconds remaining in the first half of the Bears' wild-card playoff game against the Philadelphia Eagles. Referee Tony Corrente's crew originally called the pass incomplete after Eagles cornerback Cre'von LeBlanc pulled the ball out of Miller's hands as they fell to the ground at the Eagles' 5-yard line.

Replays showed that Miller gained control of the ball and took at least two steps before falling, which would qualify as a reception under the league's 2019 version of the catch rule. That means that Miller caught the pass and then fumbled. But since no one recovered the fumble, believing it had been an incomplete pass, the NFL, by rule, couldn't reverse the call.

Here is the relevant passage from the NFL's case book, a series of examples within its rulebook that helps explain how rules are applied:

"When a pass is ruled incomplete, either team can challenge that it was a catch and fumble and that they gained possession of the ball, if there is a clear recovery. The replay official can also initiate a review of this play if it occurs after the two-minute warning or during overtime. If there is video evidence of a clear recovery by either team, the ball will be awarded to that team at the spot of the recovery, but no advance will be allowed. On fourth down or inside two minutes, the ball will be brought back to the spot of the fumble if recovered beyond it."

The key sentence then follows: "If there is no video evidence of a clear recovery or the ball going out of bounds, the ruling of incomplete stands."

In a brief explanation, Corrente only said that there was no clear recovery, creating confusion at Soldier Field, on the NBC television broadcast and on social media.