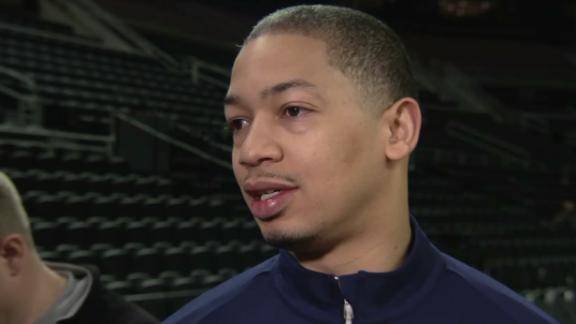 "He's the Shaq of guards and forwards," Lue said before the Cavs held shootaround Sunday morning in preparation for Game 4 of their first-round series with the Detroit Pistons, which Cleveland leads 3-0. "He's so strong and so physical, when he goes to the basket, guys are bouncing off of him. Those are still fouls, but he doesn't get that call because he's so big and so strong and so physical.

"We used to tease Shaq all the time about soft fouls. He said: 'Listen, if I pinch you, it feels the same way when you pinch me. No matter how big I am, it feels the same.' I never thought about it like that. That's kind of how LeBron feels."

The subject of the way referees interpret physical play aimed against James came up after Detroit's Andre Drummond elbowed James in the neck in Game 3 and was not penalized by the league.

After not submitting video to the league office following hits made by Drummond to James' back and Marcus Morris to James' ribs in Game 2, the Cavs felt compelled to contact the league about the Drummond play from Game 3, a team source told ESPN.com. According to the source, the Cavs believed that Drummond -- at a minimum -- should have been assessed a flagrant 2 foul.

James, who is only averaging 4.0 free throw attempts in the series after going to the line 6.5 times per game during the regular season, was less than impressed with the league's decision on Drummond.

"Initially I was surprised," James said, "but then I thought who he did it to, and I wasn't surprised."

Lue complimented James for not getting rattled when the opponent resorts to bullying him.

"I love that about him," Lue said. "He gets hit all the time, and he just gets up, shakes it off and moves on to the next play."

James did approach an official to threaten retaliation on Morris in Game 2, but he barely showed any change in demeanor after Drummond made contact above his shoulders in Game 3.

"I can't ever lose focus," James said. "It's just not who I am, it's not in the makeup of my game to lose focus on anything. I know what the main thing is and what the main objective is to each game, so it's not hard at all."

Cavs forward Tristan Thompson said James sets the tone for the rest of the team with his composure.

"He gets beat up the most in the league," Thompson said of James. "He takes a lot of hits night in and night out, especially in this series, and he keeps pushing, and he stays mature. As our leader, that's what you need from him. Stay mature and just keep playing and let the refs handle what they need to do. If he's doing that, then we have no excuse."

Also at Sunday's shootaround, James said he has not yet committed to play for the United States at the Olympics in Rio. 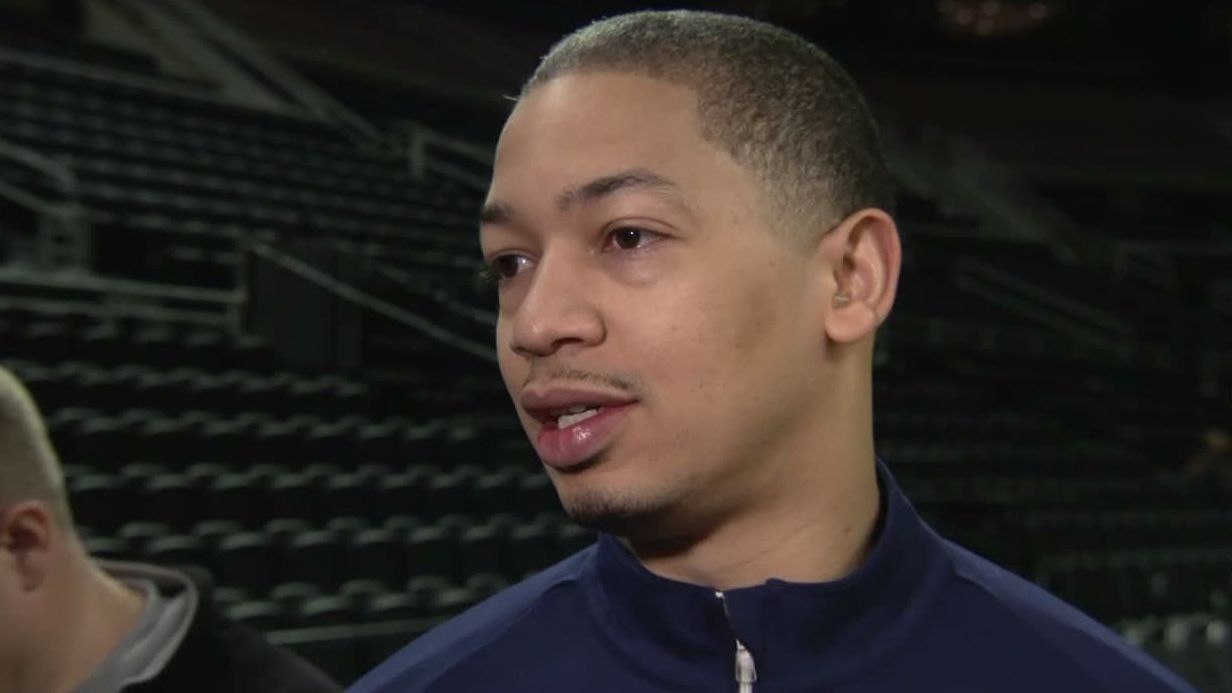